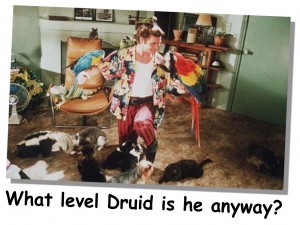 Recent events in my life have me thinking about pets. Be they familiars, animal companions or summoned animals, whatever way your system of choice calls them, why do we feel the urge to have pets in our games? I can see why… The joy and happiness they bring into our real lives is one we want to recreate in the game as well. Or maybe we are just looking for a way to inflict more damage during combat. It’s a toss up, I’ll admit it.

Looking back I don’t think I’ve ever run a game where there was not at least one animal, either a pet, familiar, or simply a beloved steed or pack animal. In AD&D 1st edition at one point my players all decided to get pets, I remember the ranger with his pet iguana the most. In AD&D 2nd edition I had a player who loved wolves and always wanted his characters to have a trained wolf no matter which character he played. In D&D 3rd edition where the rules for the animal companions and familiars were codified with grater detail, characters enjoyed the mechanical benefits of said companions in the game. I fondly recall the Dwarf Druid with his wolf animal companion and all the command words he made up. It was an integral part of his role playing.

Animals in my campaigns have also met with some terrible fates. There is a running joke among my players that no horse survives long in my table. Although I’ve broken the tradition, for the longest time horses died like flies in my games. One time players spent a whole session acquiring horses with special qualities, named them, equipped them, only to tie them to a tree outside the dungeon and go in! Needless to say when they came back there was no sign of the horses.

Currently in our Pathfinder game a player created a Summoner from the Pathfinder RPG Advanced Players Guide. This class has a special companion called an Eidolon and the player has gone into great detail about the creature, its personality, making sure it is an integral part of just who his character is, a detail I am not soon to forget.

Of course, for every memorable animal in a campaign, there have been familiars that seem to be forgotten until needed, like Vaarsuvius’ familiar in the Order of the Stick. They are there, in the periphery, and only come into play when the player or game master remembers them. Systems that mechanize the rules for animals as allies for players add an incentive for the player to handle and remember the rules for their pets. In the instances of memorable animals in my campaigns the players have been critical in making sure the animal just doesn’t fade into obscurity.

But as a Game Master it is also my responsibility to maintain a sense of realism, to present to the players a believable world that contains all elements, including their pets. Here are some tips to help you achieve this:

These are all simple solutions that when used can make that animal accompanying your player’s character that much more real. I hope they are useful and help keep those poor animals from vanishing into thin air! 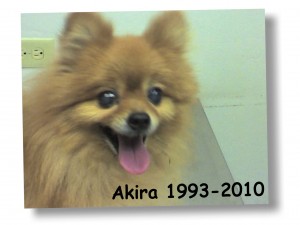 PS – This last bit is purely personal so feel free to skip it and move on to the next post, I assure you it will be more interesting that this!

Allow me to take a moment to dedicate this post to Akira, my faithful animal companion for 17 years. She recently failed her saving throw and is no longer with me. I’ll miss her immensely, but it was her time. She left me with two other pets, Lula the dog and Morphy the cat, which also miss her. She can’t be replaced but she’ll always be remembered!

PS 2 – In case you didn’t get it, the title for the post and accompanying image, come from that unforgettable movie classic Ace Ventura: Pet Detective.