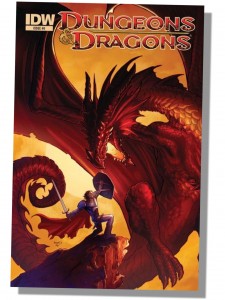 Some of you may or may not know that IDW Publishing will soon begin publication of officially licensed Dungeons & Dragons comics. They recently published an issue #0 to promote the new series and give fans a taste of what’s to come. I had asked my local comic book store to pull out a copy for me but I didn’t get to buy it until this past weekend and finally got around to read it. What can I say?

We’ve been down this road before with D&D. Like the letter column in the comic by IDW said, many comic readers first learned about D&D in the one page comic strip ads that appeared in comic books in the 80s. The DC Comics published a series of D&D comics, AD&D, Forgotten Realms and Spelljammer where my favorites. I know the memories are filtered through rose colored glasses, but according to IDW they will reprint some of those series and I am really looking forward to get those!

I know Kenzer tried their hand at D&D and while I liked the first few issues I soon gave up on them. Then Devils Due came around and I stuck with them a while longer. I really enjoyed some of their adaptation of classic D&D novels. I am no fan of Drizzt and although I enjoyed the Icewin Dale Trilogy when I was 15 I could never finish the Dark Elf Trilogy, but I actually enjoyed the comic book adaptation. 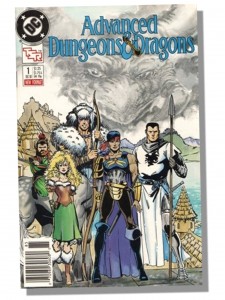 So now we have a new published of D&D comics and to be honest I was not thrilled with what I read. Granted this is a preview priced at $1 with very short introduction to the two new series, one based around the default D&D 4th edition town of Fallcrest and the idea of the points of light campaign and a Dark Sun series. The stories were a few pages long and not fully fleshed stories, but the sample I got was nothing to be thrilled about.

The D&D story was about a group of adventurers, a human, a dwarf, a halfling and an elf, all stereotypical in their attitude and appearance, later joined by a tiefling. Apart from having gnolls and dragons that looks like D&D gnolls and dragons, and going from a dungeon to the underdark, this story could be any generic fantasy story. It did not seem particularly inspired or even represent the idea of powers as they appear in 4th edition particularly well. I thought it was an opportunity missed. There was a nod to the old AD&D 1st edition Player Handbook idol with the ruby eye cover but it was not enough. 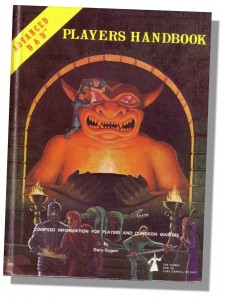 The Dark Sun story’s art did not seem appropriate for me. I don’t think it was right for the campaign, but that is just my opinion. At least this story, short as it was set the tone for things to come and actually managed to catch my attention. My last gripe is the fact that the comic announces they will have content for the game in the comic. What did we get in issue #0? The stats for a black dragon, paint me underwhelmed!

I think a new D&D comic series just as the D&D Essentials come out is an excellent opportunity, and I wish them great success, but I think the comics need to be extra special, to feature the unique mechanics of the current edition, to portray powers and make it D&D not merely by trappings like Dragonborn and Tieflings. To tie the stories into original gaming content and take it up a notch. I’ll take a look when they publish the first issues and see how it goes.

Mind you, this is just my opinion, as they say; your mileage may vary…

PS – If you want another take on the comic here is the review from Comic Book Resources.