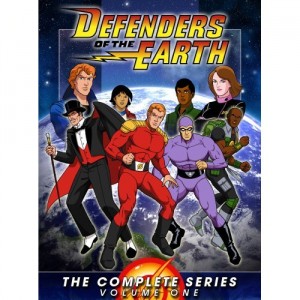 Campaign Concept: This is a world where many of the characters of the pulps existed but their presence remains largely unknown, or while it may be known, it did not impact the world in any significant way as to alter the history we know up to our present time. As the campaign begins it’s the near future (an indeterminate amount of time, long enough for these event to take place, but near enough to still be familiar); the world has gone through some difficult times. I did not envision a cyberpunk style future, but decidedly a changed place.

A series of natural disasters wrecks havoc on the planet, the major being a series of meteors hitting the Earth. None large enough to cause wide spread destruction (no we don’t go the way of the dinosaurs) but enough to bring about climatic change and destabilize the lives of people all over the world. 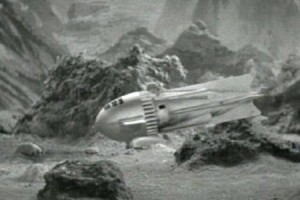 Hanz Zarkov, a fringe scientist believes the meteors are the fist volley of an attack against Earth and manages to put together enough investors to build a ship to explore their origin. When his investors attempt to pull the plug on his project he kidnaps a reporter who is interviewing him, Dale Arden, and her cameraman and former star athlete Flash Gordon. While the two unwilling hostages travel to the planet Mongo and begin their adventures, things on Earth continue to deteriorate.

Economies collapse, the traditional captains of industry lose their fortunes, the “first world” losses its preeminence, the citizens of the “western powers” (I know the terms are broad and debatable) live harsher lives, and there is no global power dictating policies to other nations. Even China collapses as regions gain more autonomy and the local economy takes precedence over a centralized government. What we now call the “third world” goes through a resurgence. The Indian subcontinent, a series of alliances in the Pacific Rim, and certain parts of South America, experience an economic boom. 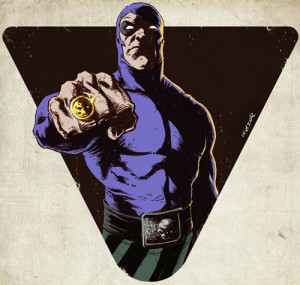 The closest thing to an influential political block is the African Alliance, a unifying political project spanning the greater part of the continent. The project of Lord Greystoke, the descendant of John Clayton (alias Tarzan) a feral child brought up by apes in a remote part of Africa who rejoined society in the mid to late 20th century. Lord Greystoke eventually returned to Africa from his native Britain, settled in an estate and became one of the leading philanthropists of the age. His descendant eventually becomes president of an influential African republic. Through sheer will and political savvy Lord Greystoke forges the African Alliance and has ruled it into his old age. The current Kit Walker, better known as The Phantom, like his father is an ally and friend to Lord Greystoke and defends him against enemies and makes sure the African Alliance is safe.

In the midst of this recovery a mysterious space ship lands in a major capital. The ships design and technology is unknown and the world watches with bated breath as the crew disembarks, only to be stunned that they are humans. A man and a woman arrive with a small child; Hanz Zarkov and Dale Arden have returned from Mongo with Dale and Flash’s child. They tell everyone who will listen about their adventures in Mongo, how Ming the Merciless is planning to invade Earth and that Flash stayed behind to stop him while they returned to warn Earth. 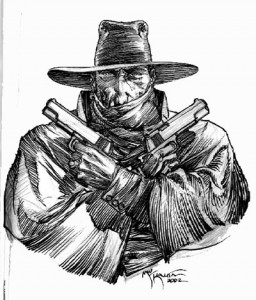 While many governments are interested in the ship’s technology few believe the invasion is impending and their warnings fall on deaf ears. But not everyone is so oblivious. The magician Mandrake seeks out Zarkov and Dale and takes them seriously. He has felt the changes in Earth’s mystical energies and fears something terrible will happen. Mandrake reaches out to past allies, including the mysterious American crimefighter known as The Shadow.

While The Shadow refuses to join Mandrake he begins his own investigation and comes to believe sleeper agents are already on Earth. Strange things begin to happen, a gigantic reptile appears in the Pacific destroying many port cities; Japan is particularly hard hit. The Phantom faces a reinvigorated Singh Brotherhood.  The Shadow believes all these events are interconnected and tries to stop them.

All this comes to a head when the planet Mongo appears in Earth’s counter orbit and the forces of Ming the merciless begin to invade Earth. The governments of Earth hastily attempt to coordinate a defense, but the invaders establish a foothold in Russia, Alaska, China and Canada. 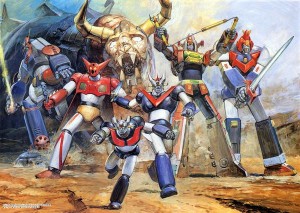 In Japan the government stops the invaders advance with their new defense forces created to protect the islands against the giant reptile that has become known as Godzilla, a contingent of giant robots, the Shogun Warriors! Rallied by the now teenage son of Flash Gordon earth fights back but human forces are thrown into disarray when the African Alliance begins a policy of isolation and appeasement.

The forces of Ming change their strategy and begin to try to establish treaties with formerly powerful Earth governments in exchange for technology and the promise of helping them reclaim their former glories. Flash’s son joins forces with the Phantom who feels betrayed by Lord Greystoke, Mandrake and the Shadow to fight Ming. Earth is divided; the invaders are at our doors. Will you join the fight and become a defender of the Earth! 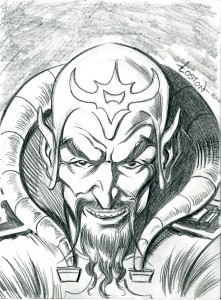 That’s pretty much the campaign idea in a nutshell. I know it would need much work to flesh it out and I’m unclear about what role players would take. Would they take the roles of iconic heroes like The Phantom and the Shadow? Or will these heroes die battling the invaders and the heroes are a new generation taking on the mantle? Perhaps they are new heroes raising to the occasion and fighting the good fight…

I know the story is not exactly a classic take on these heroes and I picked personal favorites, but other pulp mainstays like Doc Savage could be inserted into the story. Never mind the liberties I’ve taken with science; this is just a crazy campaign idea!

How I Stopped Worrying And Just Played The Game …