Some days ago I told you about the Technoir RPG and that it’s author Jeremy Keller started a project on Kickstarter to fund creation of a full-color softcover book. The initial goal of $2500 has been met in under 12 hours, so Jeremy decided to raise the ante. Of course the next milestone was hit only hours after that, but the current goal $10,000 hasn’t been hit yet.

So far for pledging at least $10 you will get your name in the credits, the PDF version of the book and the exclusive Hong Kong Transmission PDF. BUT if the $10,000 milestone is hit, Jeremy will throw in Mechnoir, an alternate 16-paged player’s guide that allows you to play mech- and dropship-pilots and their support crews warring on distant planets! 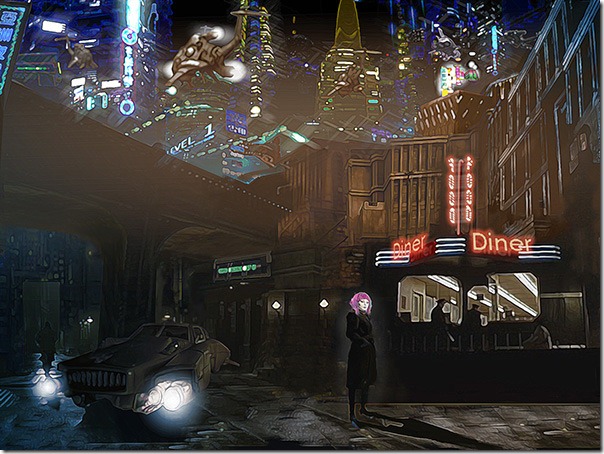 If you’re into rules-light cyberpunk/SF games you should have a look at Technoir and perhaps even support the Kickstarter. It’s definitely worth your time and money! By the way, currently $8,592 have been pledged.