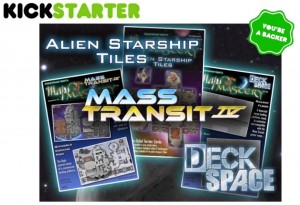 The emergence of patron backed publishing projects certainly caught me by surprise. By now I am familiar with Kickstarter and other similar endeavors and while I have promoted several I considered worthy and backed a select few, if you asked me about this possibility a few years ago I would say it would never work. Ten years ago I was not ready to embrace the new business reality brought about by the Internet, the shift from the importance of owning a physical object to having access to the content, the idea of people putting forth the money to finance a project they believe in before there is a physical object to purchase. I remain convinced that when future generations look back upon our age they will think of this time as we do of the industrial revolution. A time when the paradigm of business changed right in front of us, and some people didn’t realize it!

Now that I’ve rambled on and gotten this out of the way, let me share with you Kickstarter I just found about and is about to close. The Mass Transit IV Maps and More project is raising money for the production of the fourth Mass Transit map by Christopher West. I love using maps in my games, and be it Star Wars Sage Edition, Savage Worlds, or any other sci-fi game out there West’s maps are a beauty to see. Just click your way to his Maps of Mystery page and take a gander. I’ll wait…

See? I own one of his maps. It is top notch, very detailed, and while it does not come laminated it is easy enough to get it laminated at an office shop and voila! The Nova Eclipse looks gorgeous in the video and I would sure love for him to reach his goals for the extra rewards. There is not much time left, so if you love maps and play sci-fi, here is a nice project to back. I already pledged!