The daughter of my good friend Sean Preston of Reality Blurs is graduating from high school next week. To celebrate the event and raise some funds to help pay for college after summer, Sean came up with a great sale. 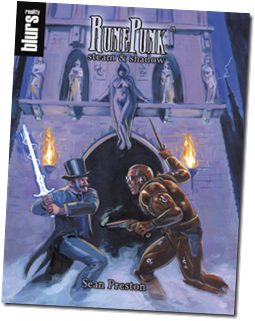 The deal is the following: You buy ANY print book from the Reality Blurs shop and you can get a physical copy of Runepunk for just $5 more. If that isn’t a great deal I don’t know what is. And remember it’s for a good cause!