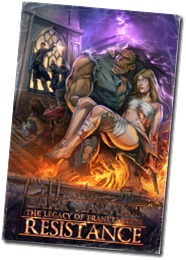 Almost exactly a year ago I wrote a review of Dark Harvest – Legacy of Frankenstein, one of the most impressive and unique games I’ve seen in 2011. It’s a horror roleplaying game set into the early 20th century in the country of Promethea. Promethea was formerly known as Romania until Dr. Frankenstein took over. Yes, you’ve read that right!

To get an overview over what Dark Harvest is all about, check out my original review and my interview with its author Iain Lowson. Even though DHLoF is a very complete product, some details of the core book – mainly about the resistance against the regime – were a bit thin. That issue is solved by Dark Harvest’s first supplement: Resistance.

Resistance is a 177-paged softcover book (or PDF) that is available either from Cubicle 7 directly as a print+PDF bundle or from DriveThruRPG as a PDF download.

The production quality and layout are equal to the core rulebook and of very high quality. The only thing that bothered me a bit was the inclusion of some pieces of art that are a bit too cheery for the setting, but your mileage may vary. Overall the artwork is very fitting and of a great quality.

So what is Resistance all about? It basically expands on the material in the core rulebook and gives the GM and the players more information on the Resistance and Promethean authorities. While I already had some pretty good ideas on what Promethea looks like after reading through the core book, Resistance does a great job on making everything clearer. It talks in great detail about the origins of the resistance against Frankenstein’s rule, the Resistance’s organization and how they recruit new members. There are even some information on how people can flee from Promethea which is actually much harder than you might imagine.

Aside from the Resistance the book gives us a greater insight into “the other side” mainly the Promethean security forces and military. There are even details on how to play a Pro-Promethea character. People usually shy away from playing the “bad guys”, but in Dark Harvest things are usually not that black and white. Frankenstein’s vision for his country and the world may actually make a lot of sense, even though his inventions are misused by the country’s elite. One chapter of the book contains maps for several military bases in Promethea which can easily be used for campaigns on both sides of this conflict.

Like Dark Harvest: Legacy of Frankenstein, Resistance contains a number of short stories by Iain Lowson that help to set the mood. In my opinion these stories really help the reader to understand what life in Promethea is like. Fluff texts are great, but nothing beats a short story or novel set into a setting to make the world spring to life.

If you were hoping for more rules and mechanics, fret not. The later chapters of Resistance contain new equipment for your game (from weapons to stuff like snow shoes and duffle bags), rules clarifications, additions, a complete walkthrough though character creation and a couple of NPCs you can use in your Dark Harvest game. 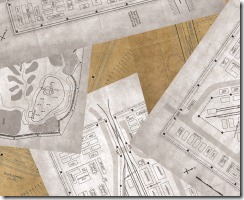 Last but not least the book contains a fully-fledged introductory adventure by Steve Ironside and Iain Lowson about a group of circus perfomers who have been abducted by the infamous Brasov Hunting Club. The scenario has been designed for five players, but it’s possible to run the game for less players with some adjustments given in the book. What I really liked about that adventure is that it contains a lot of handouts and “read aloud” sections, that will definitely be a great help to especially new game masters.  An appendix and a four-paged appendix conclude the book.

If you enjoyed Dark Harvest: Legacy of Frankenstein, its first supplement Resistance is definitely a must-have. It not only expands on the setting information given on the core book with focus on the Resistance and the Promethean authorities but also provides players and the GM with new equipment, new rules and great new short stories that help to immerse you even deeper into the weird and creepy place that is Promethea!

Resistance is available either from Cubicle 7 directly as a print+PDF bundle or from DriveThruRPG as a PDF download. This review was based on a PDF copy kindly provided by the games’ author. Thanks again, Iain.