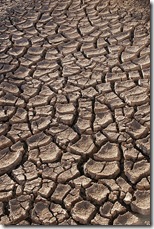 I am currently going through another of my gaming dry spells. Since I have cancelled my Legend campaign a while ago, I haven’t run any RPG. At least I played tremulus once, but aside from that I am on a diet consisting of video games, board games and card games. I am not even planning a new roleplaying campaign right now. But the worst thing is that I am currently hesitant to make plans for a new game, because I fear I might cancel it way too early again.

Another problem is that scheduling is a major problem again. Last weekend I played Descent 2nd Edition with my regular gaming group. We had a lot of fun and decided to continue to play through the campaign (we still need one more quest before Act I is finished). Alas the next time we can meet is three weeks away. So it doesn’t look like we won’t be able to return to a more regular roleplaying campaign any time soon. Yeah, things look a bit glum right now.

On the other hand there are a couple of new and upcoming games I am very excited about. I would love to run a few of these (even if it’s just a one-shot adventure) or perhaps even play in someone else’s game for a change. A friend of mine still plans to run a Traveller game alas it’s still in scheduling hell. Do you see the recurring theme here?

At this point I think the best thing I can do is to fight my inner demons and use the time we’re not able to actually play to prepare for a future game. If I finally can make up my mind what I would like to run, I should actually do exactly that.

What do you usually do when you’re going through a gaming dry spell? Do you have any tips for me? As always every comment is highly appreciated!