Today I want to share my notes about the League with you. 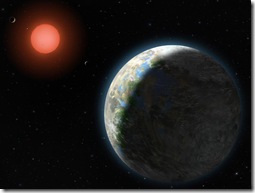 The League of Free Worlds was formed shortly after discovery of the Slipstream drive and the first contact with an alien species. The first contact showed that it was necessary that mankind spoke with one voice at least in matters of interspecies relations and space exploration. In 2397 the League was formed by the major space-faring nations on Earth, the Mars colony, the Icarus space colony which is situated near the Jupiter trojans, and the newly-established colony on Gliese 581g. Each member elects a number of representative which form the League’s Council. The Council then elects the Speaker from among its ranks who acts as diplomatic representative of the League. The League gets funded by its member states and uses these funds to fund colony projects, the League Defense Force and the Institute of Space Sciences which is responsible for space exploration and developing new technologies. The League Defense Force defends the League against attacks from outside threats and also helps to maintain order in League space. The LDF has no jurisdiction on Earth or within the space claimed by one of the member states.

Any thoughts? As always any advice is highly appreciated!