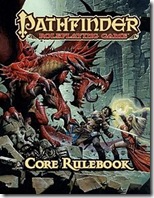 Henrik already mentioned it in his question, and there’s hardly a doubt that Pathfinder is among the more popular fantasy games out there. Pathfinder is basically a derivative of Dungeons & Dragons 3.5 Edition. Back in the day, when Wizards of the Coast announced D&D 4th Edition, Paizo decided not to jump on the bandwagon but develop their own game based on the d20 System. It’s huge advantage is that there’s a lot of material available for Pathfinder – even stuff that was meant for D&D 3.0/3.5 is easily converted to Pathfinder. Another advantage is that a lot of people already know how to play the game, the core concepts are well-known and the basic rules are easily learned. Alas there are also a couple of drawbacks. For one Pathfinder can become pretty complex pretty quickly. The huge number of options, feats, classes, races can cause option paralysis quickly. If you like your games crunchy, Pathfinder may be worth your while, but if you’re looking for something to pick up and play, look elsewhere.

The Dragon Age RPG is based on the computer roleplaying game series of the same name and has become pretty popular over the last years. One thing I love about that particular game is that it’s very newbie friendly. The rules are pretty light and have a certain old-school feel to them. Of course Dragon Age has less options than Pathfinder has and it’s not as easy to run games using Dragon Age in your homebrew campaign. A lot of the rules are pretty closely tied to the Dragon Age setting. Luckily the setting itself is a very cool dark fantasy setting with some interesting twists. If you want to get a quick overview of the RPG and watch some people playing it, check out the latest episode of TableTop on YouTube.
Even though Dragon Age is less complex than Pathfinder it still offers you some interesting options (there’s quite a long list of interesting character backgrounds to chose from) and the Stunt mechanic provides players with cool options during combat without adding too many rules.

Swords & Wizardry
Swords & Wizardry is one of my favorite D&D retro-clones. It’s reasonably close to the first editions of D&D, but introduces a few minor tweaks to make things easier to new players. But that doesn’t mean it cannot be terribly frustrating to certain players. If you are coming from later editions of D&D, you’ll die a lot when playing S&W. Especially during the first few levels running away from enemies is definitely the more sensible option. Swords & Wizardry doesn’t come with a setting, so GMs are expected to create their own or adapt existing settings. This can be a bit daunting for new game masters, but it can also be a lot of fun.
Rules-wise Swords & Wizardry can be considered rules-light, but that doesn’t necessarily mean that it’s that easy to play, especially when you’re used to games where even starting characters are pretty tough. Old-school gaming can be quite lethal. 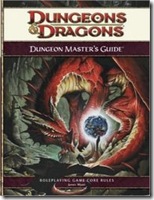 This post wouldn’t be complete without a mention of D&D 4th Edition. D&D 4th Edition is the latest iteration of the Dungeons & Dragons rules. It keeps a lot of the concepts of older editions, like classes, levels, feats, skills etc. but also introduces new ideas like powers. Overall the focus of the game shifted towards tactical combat. This may be a good or a bad thing depending on where your interests lie. Overall the rules for non-combat activities have been streamlined in D&D 4th Edition. In theory combat rules are not that complex either, but the large number of powers player characters have access to, can cause a special form of option paralysis.
Production quality of 4th Edition is great, definitely on par with Pathfinder. Wizards of the Coast and third-party publishers have created a huge number of supplements for the game including but not limited to settings, adventures, and new classes. But since the next edition of D&D is already in the works, things are looking a bit gloom for 4th edition. 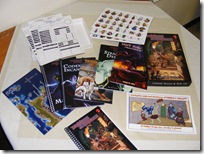 A great alternative to D&D and its derivatives is Tunnels & Trolls. It may look a lot like D&D on the surface, but on a more closer inspection you realize that T&T is actually pretty different. Especially the combat system sets it apart from other fantasy games I’ve played. Each character rolls his weapon damage and adds his “combat adds” (calculated from the character’s attributes). The player’s results are then added and compared to the results of the opponents. The higher result wins and the difference between the two results is the damage that’s dealt to the whole group. The GM usually decides how the damage is distributed. Armor reduces the damage each character gets. The T&T v7.5 Boxed Set is a pretty complete product that comes with a setting, a poster world map, two adventures, and even dice.

RuneQuest 6th Edition
RuneQuest is almost as old as D&D and T&T. And even though it has been created in 1978 the system aged pretty well. While especially D&D changed a lot over the years, the system powering RuneQuest is still pretty close to it’s 1st edition. RuneQuest uses a skill-based percentile dice system that you’ll probably know from the famous Call of Cthulhu. RuneQuest is tied closely to the setting of Glorantha (although I am not sure if this is still the case in the 6th edition). This is usually reflect in the magic system and a focus on cults and brotherhoods that play a large role in that setting. An alternative to RQ6 is Legend by Mongoose, which is based on the same rules system, but which was designed as a generic fantasy game. In my opinion RuneQuest feels more grim & gritty than D&D but your mileage may vary.

Conclusion
These six games are only the tip of the iceberg. There are many more interesting fantasy games out there. If you are looking for some cheap (or free) alternatives to the games mentioned above, check out my Gaming On The Cheap series (2009 Edition, 2013 Edition Part I, 2013 Edition Part II). In my opinion it’s impossible to answer which game is actually the best, but there are a lot of games worth your time out there. So, dear reader, what’s your favorite fantasy RPG? Please post your thoughts in the comments below!

P.S.: Even though I still have a few unanswered emails in my inbox, I am still interested in new questions. If you have anything you always wanted to ask me, please send an email to askthestargazer@stargazersworld.com!