Today I have made the decision to leave Twitter. I haven’t been properly using it for quite a long time, and I don’t want people to give the wrong impression that Twitter is a good way to get in touch with me. So I’ve decided to close down the @StargazersWorld Twitter account in the next days. 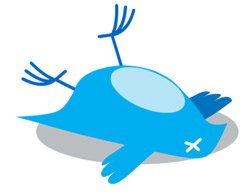 If you want to keep in touch, feel free to follow me on Google+.

Sci-Fi Fridays! Wanderers of the Outlands Part I