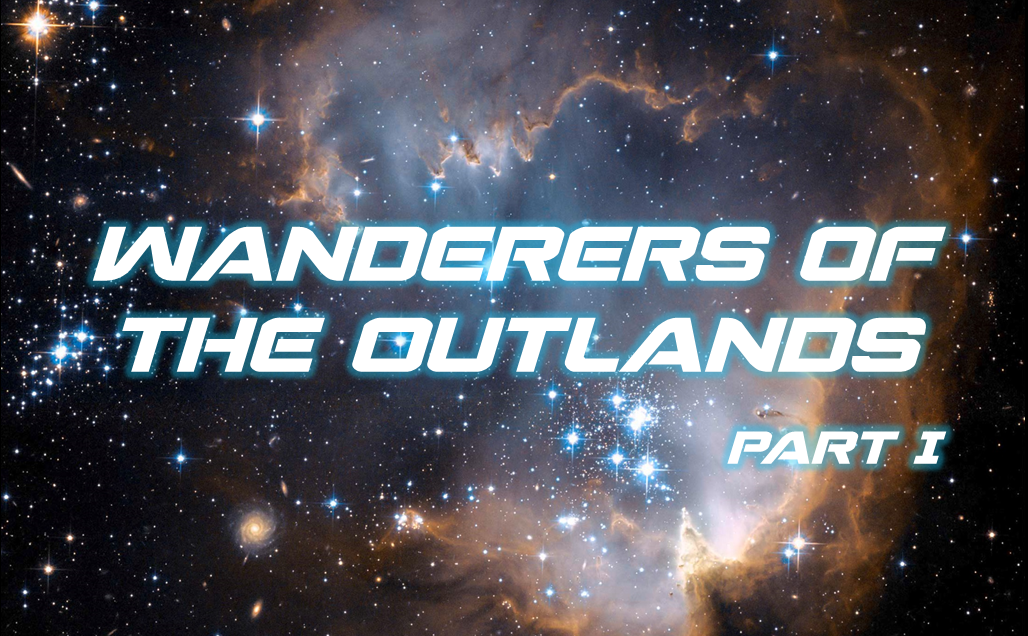 Welcome dear reader! As part of my renewed efforts to contribute more to the blog in 2014 I’ve decided to start a new Friday topic for the next couple of weeks, maybe months, Sci-Fi Friday. I’ll be using these posts to share with you the background to the upcoming sci-fi campaign I’ll be running for my regular weekly group in a couple of months. Ever since I began posting on the blog I’ve talked about the campaign, in fact I’ve blogged about it extensively. I’ve you’ve missed it, there are the links to those original post:

The very first post (from 2010!): Sci-Fi Setting, Looking for some Feedback…

The most recent version: Wanderers of the Outlands, a Sci-Fi Setting

Although there are other peripheral posts, some linked in the abovementioned postings, the most recent version of the campaign background and the one on alien species should put you up to date on the most important details of the campaign, should this post pique your interest.

Some additional details, I’ll be running this game using the Savage Worlds rules, and while what I intended to share is mostly campaign background, i.e. fluff, if readers are interested I can share my house rules for the game. Let me know…

For the next couple of Fridays I’ll be posting about the campaign. I hope you like it and find it useful. I welcome any feedback or criticism, so be sure to leave your comments. So in a campaign called the Wanderers of the outlands I thought I’d begin by talking a little bit about the setting itself. 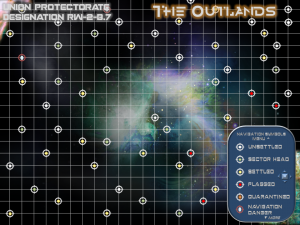 The Outlands is a lawless frontier, not defined by space nations or political blocks, but more by individual settlements and planets. This was once an area of expansion for the Mega Corporations before the Great Galactic War. It was never fully developed or extensively settled, some basic terraforming was performed in certain planets, and some was not completed resulting in strangely mixed ecosystems in some planets.

Officially it is a Union protectorate, official designation RW-2-B.7, with no sovereign authority or rule, nor representation in the Union central bureaucracy. There are Regional Administrators haphazardly assigned to certain areas, but since there is no formal structure of government their influence overlaps, or sometimes it fails to reach certain places. The Administrators typically oversee a Way Station, or are assigned to areas such as commerce, health services or Union Patent Authority, among others. Union Armed Forces Commissars, also known as Marshalls, are entrusted with keeping the peace. These Marshalls are typically deputized locals or retired military personnel; they themselves are empowered to deputize other citizens for law enforcement purposes. Marshalls in larger settlements might be the heads of a homegrown police force or militia, working with whatever form of government exists locally. In smaller colonies they may be the sole authority. In their jurisdiction, vaguely defined oftentimes, they answer only to themselves.

Officially Armed Forces Commissars belong to a Security Forces Cadre, these groups of Marshals answer to a superior officer, a Senior Commissar, who is also in charge of dispensing justice under Union law in its protectorates. However if the Marshal cannot present a prisoners to a Senior Commissar for judgment, they may carry out their own sentences. Some local governments have created their own judicial systems, often modeled on Union law, but they exist extra officially, and Marshalls can overstep them; not always practical or safe for a Marshall in large or better organized settlements.

The technology of the Outlands is NOT the technology of the core systems of the Union; it’s not even the second best generic stuff of the Peripheral or former Coalition systems. In the Outlands people make do with whatever is at hand, the remnants of the Great Galactic War, equipment too oft repaired, or black market goods produced in illegal factories operating without Union patents.

There is no faster than light communication anywhere in the Union. There is a courier system based on the old TCGT “ponies” system that has run uninterrupted for centuries, even during the war. The small and fast transports of the old TCGT Courier System were commonly referred to as the “ponies”, since the original model for the ship was a light scout manufactured by the Polodian Shipyards designation P0N13s. Many couriers now use other ships, but the term is part of common slang by now. They travel to the Outlands, only it is infrequent and time consuming. 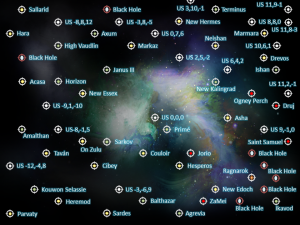 See you next Friday for Part II, Space Travel!