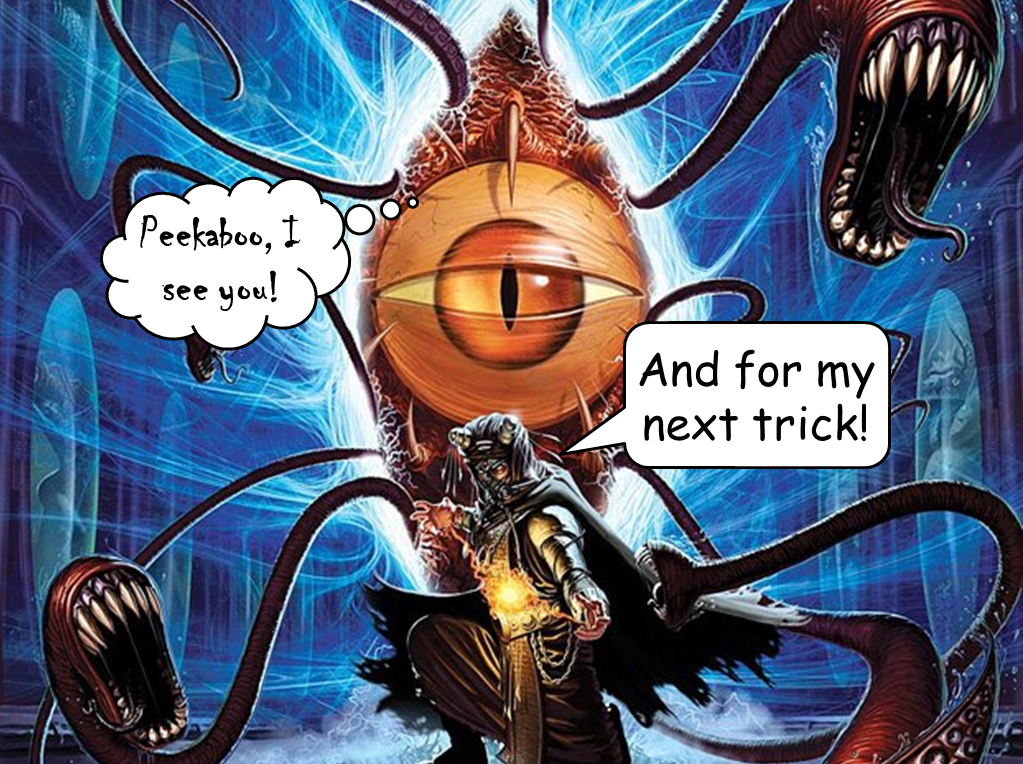 I blame two men for my recent obsession with RIFTS and neither of them is Kevin Siembieda. The fault is squarely on Christopher Helton and Luis Miranda. Let’s start with the most recent influence. Chris, of Dorkland! fame, and whom I was lucky enough to meet some years ago at Gen Con and have dinner with (something that needs to be repeated!) has been posting about his upcoming game of RIFTS in Google+ as well as discussing it in the Geeky Voices Carry podcast.

I have not played RIFTS in a LONG time. The last book I purchased for the line was The Coalition War Campaign, and that came out in 1996. (1996, really? It was World Book 11 and they seem to be up to 31!) However RIFTS in never far from my mind. It was my go to game for a long time; I played it all through high school and into college. However back in 96 I really could not deal with the system anymore, despite endless house rules and tinkering with it for years, I gave up.

That doesn’t mean I don’t think about RIFTS, in fact I’ve considered which system to adapt it for years. First I considered d20 Modern with the Urban Arcana, d20 Apocalypse and d20 Future books. I even wrote a little introductory short story to a campaign and came up with an idea on how to introduce the game to reluctant players. I never went through with it. I’ve tinkered with other systems, most recently Savage Worlds with the Sci-Fi Toolkit, the Fantasy Companion, Horror Companion and Supers Companion. I’m currently thinking FATE Core may be the best option.

Regardless, Chris’ posts have made me think about the system and the fact that broken as it seems, the power gaming and power creep I came to loathe in RIFTS exists in other games. True that while some games strive for the perhaps unattainable game balance, cause let’s be honest a creative power gamer can break almost ANY system, RIFTS just throws caution to the wind and embraces the gonzo crazy world where a scholar and a hatchling dragon could be in the same party!

This brings me to the second person, Luis Miranda. Dear friend since elementary school, we played RPGs together for years and actually got the RIFTS books at the same time. Back them I read and reread the books and got most of the sourcebooks as they came out. We played in each other’s campaign, and even when my interest in RIFTS weaned, Luis’ continued. He still is a fan, and my most memorable recollections of the game come from the adventures I played with him.

Which in a roundabout way brings me to the original topic when I sat down to write this post, my most memorable RIFTS characters, for the longest time Luis and I were the GMs for our group. You either played his game or mine. We eventually met José Bellavista who was also a fan and ran plenty of RIFTS adventures. Luis was a brutal GM, and I liked it. He ran games where you knew the odds were stacked against you, but this only made triumph that much sweeter!

Another game we both loved was Call of Cthulhu (and he ran the very first CoC game I played back in High School) and like Pierre was apt to point out, in any of Luis’ games, you were liable to run into Cthulhu or be eaten by him. So this is the style of game the following characters were created for… 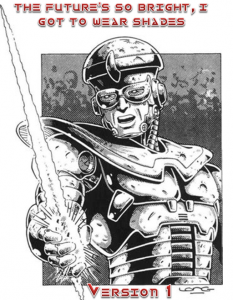 I don’t recall if this was the first character I ever did for RIFTS, but it’s the first one I remember. He was a by the book Cyber Knight, and my most vivid memory about him was shooting at a man with no MDC armor with my only weapon a MDC handgun. I hit and BOOM! The man’s torso was vaporized. My character was covered in blood and little bits of the enemy… I don’t remember much more about his adventures but Luis’ description of what MDC did to a SDC creature made me visualize the difference between the two damage types better than the book ever did. (For the uninitiated there is a brief explanation of just what SDC and MDC are here.) 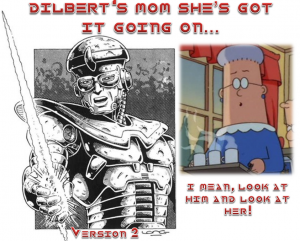 The next character I remember was my renegade former SAMAS Pilot. I wanted to play a more vulnerable character, a regular guy that depended on his armor to survive the merciless world of RIFTS. He was a former Coalition soldier who after his deployment beyond Chi-Town, andseeing how his people treated d-bees and magical creatures, deserted and joined a mercenary group.

We were having some R&R in in a nameless town when Splugorth slavers arrived looking for us (if I remember correctly), regardless I left the “house of ill repute” my character was… relaxing, yeah, relaxing in. I could not put on all my MDC personal armor so I was running around town with half my armor in a large sack and trying to get to my SAMAS.

As enemies attacked I tried to parry with my “armor in a sack”, after a couple of rolls I failed at a parry and my squishy SDC body suffered damage from an MDC vibro-blade, off comes the arm! The rest of the adventure I was carried by my teammates until they could take me to a body-chop-shop to get a new cybernetic arm.

So by the next session we have followed a Ley Line and waited at a Rift as it appeared hoping to scavenge whatever comes through. What does come through? A Wormwood vehicle pursued by Mechanoids, yup, Mechanoids! I had learned my lesson and simply turned my SAMAS around and flew away as fast as possible. 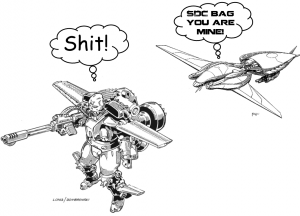 It was not enough. The Mechanoids were far faster than my feeble human made armor, they caught me and I was shot down, almost evaporated. I figured that was the end, but the GM told me no, hold on. I was infected by comes weird techno-virus that game me powers from Heroes Unlimited.

Can’t recall much more than that, not sure we even played after that. However it led directly into my next character. 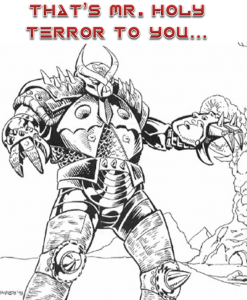 Yeah, it’s as bad ass as it sounds. Taken from the Wormwood Dimension Book (an awesome book BTW among my favorites for the line, due in no small measure to the work of Timothy Truman) I don’t have the book at hand, but this was a construct like creature, supernaturally strong, big, terrifying, with a breath weapon if I remember correctly. I wanted to create a character that would not be as easily destroyed as the fragile SDC sack, I mean the SAMAS pilot.

And he was! A force to be reckoned with, I felt powerful. I should have known better. Soon I was facing my nemesis, another Holy Terror, but this one had super speed taken from the powers in Heroes Unlimited. Needless to say, he beat the crap out of me. My character ended up destroying a dam, and a whole valley, just to stop it. Still I loved the character.

And with that we come to my favorite character: 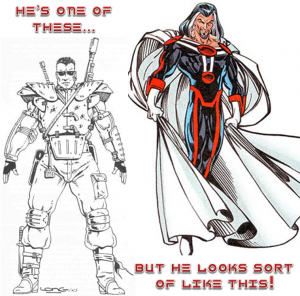 Fleet was my character in one of my favorite PBeMs I ever played (the other being a horror game ran via Yahoo Groups by the very talented Kirk Damato), Luis Miranda’s long running Rifts game. I don’t recall how long it lasted, more than two years probably, and at one point it had two groups running simultaneously. Luis replied several times a day and Luis kept all the players engaged. It was a great game.

Fleet was a common man whose village was attacked by slavers. He was a farmer but joined the other men in haphazard militia to gain some time so his family and others could flee. He was captured and sold to unscrupulous men that subjected their captives to experimental and faulty Juicer enhancements. Fleet was one of the few survivors. His captors meant for him to fight for them, but painfully aware that his time was limited (Juicer die from their enhancements in a few years) he rebelled and escaped.

When he returned to his village it was destroyed, his sacrifice was for naught. However he did meet some survivors that told him his wife and children had fled and thus began his journey to find them.

That’s how he got involved in the adventure, travelled all over the world, to other dimensions, switched groups and had a hell of a romp. However he never found his family. However it’s not the GM’s fault. My work load had increased at the time and I could not commit to the posting schedule of the game so I dropped out. It lasted after that and I kept reading the adventures of my fellow party members.

Luis eventually stopped thee game. I wish he would revive it someday. I would sure love to play Fleet again…

One last character: Honorable mention goes to the Triax Pilot who was almost killed and returned as a woman while rolling his background in a Central Casting book, and ended up in a Ravenloft adventure fighting the headless Horseman! Told you Luis could be brutal.

RIFTS is often ridiculed, and hey I’m guilty of some RIFT bashing myself, but I keep going back to it… I failed at my plan to run RIFTS RAW (i.e. Rules As Written, get your minds out of the gutter!), but now I am convince more than ever that I will return to RIFTS. MY players are NOT interested in playing the system, and I’m reluctant to do it myself, but one way or another I’ll be back!

I would love to know… Did you play Rifts? Do you still play it? Have you converted it to other systems? Let us know in the comments bellow.

Post Script: The man in this picture was the person who sold me my first copy of RIFTS. He had a store back in 1990, Gaming Emporium, which he ran from the back room of his house. Years later he would join our regular gaming group and play with us for a few years. We are still friends, thanks Sammy! 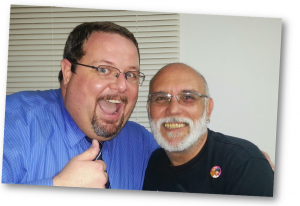