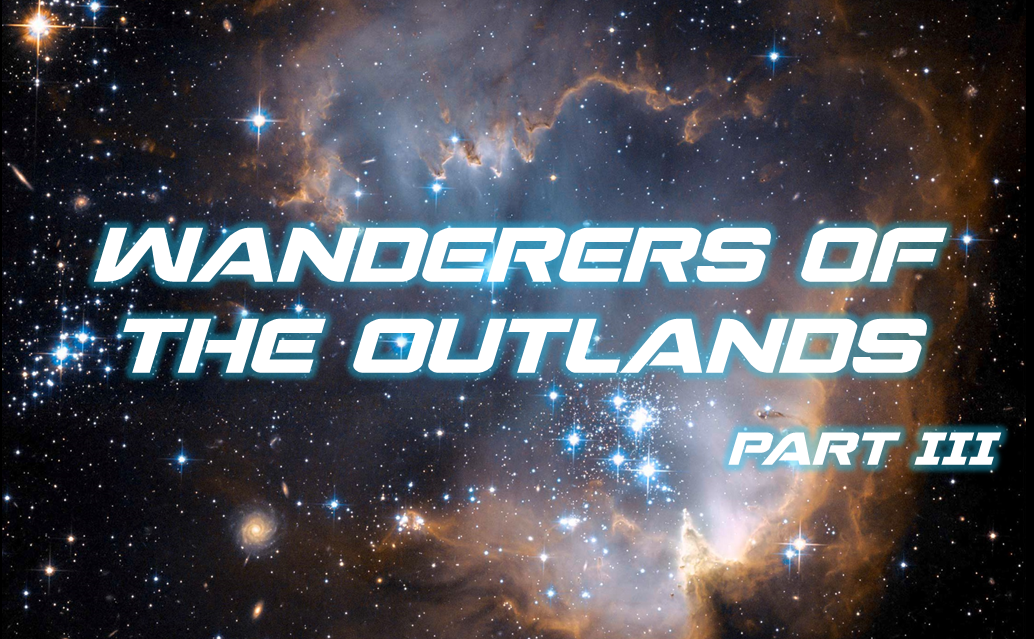 Thank you dear reader for coming back, this is the third instalment of our current Friday series, aptly titled Sci-Fi Fridays! I am nothing if not creative. As I’ve said before, I’m presenting material for my upcoming Savage Worlds campaign which I’ll soon be running for my gaming group. If you want to read the previous post, these are the links to Part I and Part II. Some of these you might have read in a previous post about the aliens, but I rewrote some parts, changed the rules for one of the species and added details about other species and alien ruins. I hope you enjoy it, and as always, I look forward to your feedback and comments.

Alien species exist in the known galaxy, but are far from common. Most alien species remain within the confines of their own settlements, willingly or otherwise. Very few venture beyond, with the exception of two that live among humans, the Q’al Uar and the Vuluhuan, but in very small numbers, only 10% to 15% of the general population of a settlement or colony, maybe less in less populous locations.

Q’al Uar are bipedal mammals that resemble the felines of old Earth. They stand on average 6’ (1.83 m) with little variation between males and females; female Qál Uar weight proportionately less than males, averaging 180 lbs. (81.64 kg) versus the male’s 220 lbs. (99.79 kg). Their fur ranges from tawny to a deep dark brown, with rare cases of completely white or black fur. Males have darker colored manes that they fix in different styles depending on the Q’al Uar sub-culture.

In their ancient past the Q’al Uar warred among themselves and their actions almost destroyed their world. When their actions threatened their survival the Q’al Uar left behind their violent ways, channeling those impulses to more constructive ends, and developed traditions and rituals to resolve conflict. Their culture is rich, warlike and honorable; a society of complex and myriad rituals and traditions, they are typically hard to understand to outsiders. Q’al Uar can be courteous and respectful one moment, but combative and aggressive at the slightest transgression to their ceremonies. Females traditionally assume the roles of politicians, diplomats, and scientists, while males are customarily soldiers, workers and craftsmen.

Ritual combat is part of their traditions, used to resolve transgressions and restore honor. These combats have evolved into widely popular blood sports and a caste of professional warriors that are hired by the dueling parties to represent them has emerged among the Q’al Uar. The most renowned duelists come from families of nomads that wander the vast trackless deserts of their home world trying to live following their ancient pre-star flight traditions. These sword masters are renowned and feared through the Union.

During the many conflicts fought by the Q’al Uar their once verdant home world was devastated by pollution and war; they took to the stars out of necessity not a thirst for conquest. They settled various planets in nearby star systems, but the more prevalent and common culture that developed out of their need to survive and drove them to travel beyond their world does not value needless expansion or conquest. They are much more prone to raid or take what they need from nearby settlements rather than conquer them.

The Vuluhuan are six legged beings with a very unique physiology and social structure. They value knowledge greatly, specifically knowledge acquired first hand. Some may say their very existence is driven by this thirst for knowledge through experience.  A Vuluhuan’s accumulated knowledge and experiences, what other species may call consciousness or the more religiously inclined a soul, is called the self in their language. Their bodies they consider vessels or tools. Both the self and the vessel are considered separate and interchangeable in their society, for the Vuluhuan can transfer their self from one vessel to another through a complex biochemical process.

This process, known as the sharing, is arduous and very personal, akin to intimacy in other species. The two Vuluhuan exchange enzymes and genetic coding thought a species specific naturally occurring process where they switch a self between each other; when a self is transferred to a new vessel, that vessel’s brain is overtaken by the new self and that Vuluhuan’s consciousness now resides in a new body. Initially this newly transferred self becomes dominant and the main self manifesting in that vessel. To an outside observer following this process it would seem as if the Vuluhuan’s consciousness had switched bodies.

The newly transferred self now shares the highly developed Vuluhuan brain with previous selves already hosted in that vessel. The Vuluhuan brain can hold various different selves at once, and once a new self is fully integrated, a process taking anywhere from hours to days, the Vuluhuan can switch between personalities for different purposes. The vessel holding the original self during the sharing process does not lose that self, it only goes dormant as the new self is integrated into the cortical amalgam. Thus a Vuluhuan consciousness, or self, exists in several bodies at the same time, independent and separate of each other.

The ideas of self, time, personality and property are very different and fluid in their society, each Vuluhuan self keeps its own time and history according to its memories and experiences, accommodating to a locally agreed to, and to them seemingly arbitrary, measurement of time for the purpose of collaborating with others. They reproduce asexually, and this is the only time Vuluhuans loose a self, they pass on that self into the new young, who then in turn goes on to collect new experiences and become a new amalgamation of beings.

The Vuluhuan word for their local community has been translated as brood by humans; they are composed of anything from six to over a hundred members, many sharing selves going back centuries. The broods are not static and Vuluhuans move from one brood to another as their amalgamation of selves change. Young Vuluhuans are raised by the community, and the parent shares equal responsibilities for the rearing of the young one with other members of the brood. The young are taken care of for a short span of between two and three years when the Vuluhuans become fully developed and join Vuluhuan society as full members. Thanks to anti-agathic drugs Vuluhuans are very long lived, often only allowing itself to die when they consider their search for a specific piece of knowledge has been acquired or an epiphany reached. As death approaches it is not uncommon for this Vuluhuan to enter a period of fruitful reproduction that allows many of its selves to continue their journey.

Their political structures seem chaotic and disorganized to outsiders, but since many members of larger broods share selves and experiences, there are few significant instances of violence. Broods organize into larger groups, called fellowships by other species, based around ideas, experiences and functions, often belonging to more than one. These groups are part philosophical movement, part guild and part research organization. When Vuluhuans enter into conflict the fellowships attempt to negotiate a settlement by sharing selves, when this proves unsuccessful there are reported instances of conflict and warfare, but they seem to be short lived and very localized. They are not religious in the sense some humans conceive of the faith experience, but they discuss and explore all sorts of metaphysical concepts and their arts and sciences seem inexorably intertwined with these concepts. The Vuluhuan have not experienced open warfare since the distant past when they began space travel and the broods and fellowships became disconnected and vastly different in their outlook due to prolonged space travel and distances before the development of FTL travel.

Vuluhuans who travel beyond Vuluhuan Space are seen as the bravest of the species, willing to seek knowledge beyond the brood or the fellowship. Still many Vuluhuan are weary and fearful of the effects this prolonged absence may have on those that are gone for too long.

There are ruins of unidentified alien species across many planets. Mostly machines partially destroyed with very few actually working electronics or parts, decayed architecture, and very few samples of art, mostly pictograms apparently created by a less advanced species that cohabited with them or even the species itself in a retrograde later stage. It is unclear whether they were one or various species; there are divergent theories on the matter and the archeological evidence has thus far not proven either conclusively, suggesting one or more type of beings with exotic or non-bipedal anatomies in some cases, and others suggesting a form closer in shape to the species in known space. Regardless, there are no conclusive records or evidence to confirm either way. However, archeological evidence does prove that the specie, or species, vanished all across the galaxy in a very short span of time. Some of their technology has been deciphered rudimentarily, giving rise to new technologies adapted by the humans, such as improved terraforming and effective gravitic-field generation. None of the alien species known to humankind were sentient at the time when the ruins were constructed and they know just as little as humanity. There are no known ruins in the home world of any of the major modern spacefaring species in the galaxy, thus far. Those that have travelled to the stars and encountered the ruins have different reactions. Some consider the ruins holy, other dangerous, but none are indifferent to them. This unknown species is referred to by various terms by scholars and common folk: precursors, ancients, galactic proto-culture, harvesters or the ghosts.

Next week on Part IV of the series we venture into the greater galaxy beyond the Outlands. See you then!