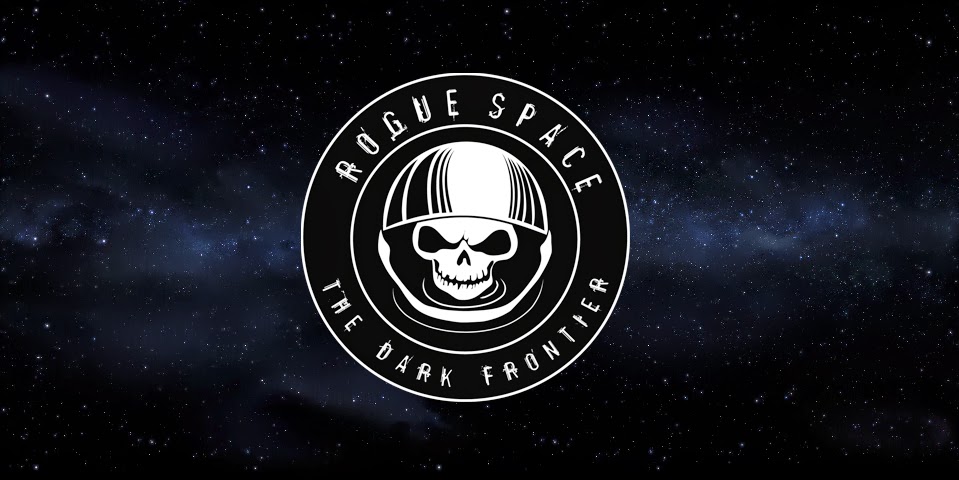 First things first: this is not a review. I have bought a copy of this game a couple of days ago and I just wanted to share my thoughts on it. With this out of the way, let’s have a look at Rogue Space.

I faintly remember that I already looked at Rogue Space ages ago, but dismissed it for some reason I can’t remember. Rogue Space is a rules-lite SF roleplaying game written by C.R. Brandon that is available as a free pocketmod edition (which includes the most basic rules) and a 114-paged PDF or softcover book available from Lulu (for about 7€ and 12€ respectively). 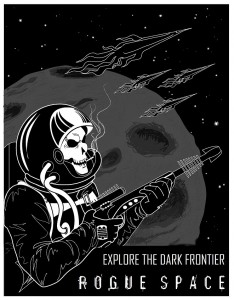 What interested me in Rogue Space in the first place was the fact that it had ultra-light rules. The older I get the more I tend towards more rules-lite games and especially SF games are usually a bit more crunchy than its fantasy counterparts. So Rogue Space is a welcome change.

Rogue Space uses a simple task resolution system, where you check against a difficulty number set by the GM with the respective attribute + 2d6. If you roll higher than the difficulty number, you succeed. The five attributes used are Fighting, Acquiring, Science, Empathy, and Repair. The hitpoints of the character (and attribute bonuses) are determined by what character archetype you choose. Rogue Space offers the choice between Soldier, Scoundrel, and Technician which should be pretty self-explanatory. These archetypes form the starting point of the character, but are not classes. How you develop your character over a longer campaign is totally up to you.

What I like a lot is that basically everything else is optional. There are optional Psi rules, alien races, cybernetics, specialist skills, and even magic. The book contains rules for starships (which is a must for a SF game) and even with all the options added the rules are still very light. I haven’t had the chance to run this game yet, but it looks like my perfect game.

From what I’ve seen so far Rogue Space can be used with almost every genre. As far as I know someone already created a Mass Effect conversion (which is always a plus). The artwork and layout of the book are nothing special, but that’s only a minor quibble. Overall Rogue Space looks like a very cool rules-lite SF game.