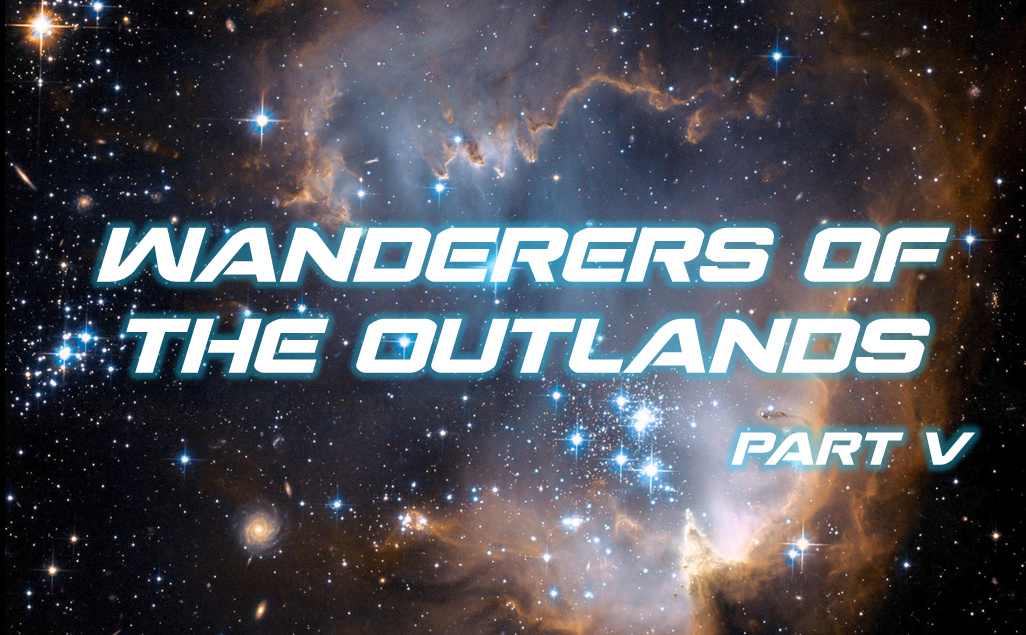 I can’t believe this is the 5th week of the series… Thanks for coming back for another installment of Sci-Fi Fridays.  This is a continuation from last week’s look at the greater galaxy beyond the Outlands, the setting of my upcoming Savage Worlds sci-fi campaign. These are the link for the previous entries in the series: Part I, Part II, Part III and Part IV.

Looking forward to what you think, and if these information is in any way inspirational for your, games. So let’s get going… 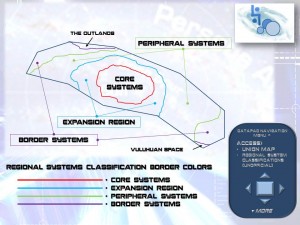 The Freeholds of Alpha Centauri emerged from the dissolution the American Alliance in old Earth. The American Alliance was an economic and political block formed amongst the most powerful nations of the American continent in Earth. The breakdown of the Chinese Estate and the collapse of the Asia-Pacific economic supremacy placed a great strain on American nations, and then the Gen-Plagues in Europe and Africa tested the survival of those old nations with the influx of refugees to the continent as it remained almost unscathed from the ravages of the pandemic. This new alliance emerged as a challenger to the Eire-Indo-Nippon Block’s hegemony.

The American Alliance was second fiddle to the Eire-Indo-Nippon Block galactic expansion drive, originally lacking the funds to initiate rapid colonization, and then when off earth resources became available, the bureaucracy of the American Alliance made progress difficult. With Alpha Centauri conquered thought a series of skirmishes with other colonists, American Alliance citizens in off-Earth colonies realized that the politics and fears of the past were holding them back. A delegation travelled back to old Earth and in Brasilia, center of power of the American Alliance, demanded the dissolution of the antiquated political structure and the creation of a more democratic and forward thinking political system and thus came into being the Freeholds of Alpha Centauri.

The Freeholds value independence, the spirit of adventure and fair play. Each Freehold is independent to run its local affairs as it sees fit. The members of the Freeholds have agreed to delegate certain powers to the Central Federated Administration in Alpha Centauri such as trade with other stellar nations, a common defense, establishing and regulating a common currency and a common judicial system that ensures individual liberty and freedom. These political structures became the blueprint for the Union, in a much larger scale

As the Freeholds grew there occurred many internal conflicts over the perceived power of the Central Federated Administration, but those believing in the Administration’s preeminence used the Great Galactic War as a way to consolidate power. For many idealists the Union became a means to share the values of the Freeholds with all the planets of the galaxy, for the cynical, a way to assure their ascension to the higher echelons of power in galactic politics.

The Freeholds of Alpha Centauri are a contradiction, liberal, freedom loving, praising the spirit of trailblazing, but being the second largest stellar nation, a quickly growing bureaucracy, perhaps the richest and most influential of the stellar nations, seen by many as the heart and power behind the Union. They still hold on to many concepts of old Earth despite their lip service to modernity, often accused of being simplistic, seeing conflicts in terms of black and white, and overemphasizing the role of the individual above the collective good. This has caused an attitude anathema to large corporations. The Freeholds of Alpha Centaury believe in a minimally regulated capitalist system at a local level, but mistrust monopolies and entities that lord over the individual and rob him or her of their freedoms, a clear contradiction to the growing power of the Central Federal Administration and the Union.

The Freeholds are a representative democracy; each Freehold has a local government, known as a Local Freehold Administration. Citizens of each Local Administration elect a legislature known as the Local Assembly, this law-making body works in collaboration with a System Governor, an executive and administrator elected by various, commonly three to six Local Freehold Administrations, and in charge of general services, taxation, and security for the systems he or she governs. A Judicial Services Department, independent of both Local and Central administrations but funded by both, oversees the Freeholds tribunals, security and police work in the Freeholds of Alpha Centauri. 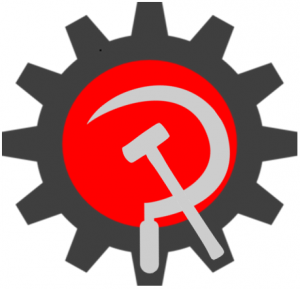 Under the command of Veronika Ts’ui Yershov the Rukta resistance fighters became an army and defeated the Eu-Pac Corporation, creating the Rukta Workers Consortium stellar nation in the former Eu-Pac holdings. The fledgling stellar nation engaged in a series of covert and overt wars that annexed many former corporate systems into their sphere of influence. They were among the first to call for all-out war against corporate oppression, and supported many of the independents during the war. Perceived as the ones that fanned the flames of war, many of their former admirers, especially among the Coalition, were surprised when the Rukta Workers Consortium joined the Union and enforced a policy of forced integration along with the two other major powers.

The Rukta Workers Consortium is rich, prosperous and developing at an accelerated rate. A stellar nation where the cult of personality of their great philosophical leader Professor Chavez Wong, and their military champion and former Head of State, Commander Ts’ui Yershov, holds sway over most political and military matters. The Consortium is organized in Worker’s Councils, democratically elected among workers from different professions, which function and exist at local, planet wide and multi-system levels. These Multi System Worker’s Councils in turn select among them the members of the Political Bureau that oversees resources, defense and trade with other stellar nations.

While the concept of workers electing their representatives and these in turn responding to their constituents need’s directly is seen as the fulfillment of Professor Chavez Wong’s ideal estate, in practice the process is not as clear, nor the representation as direct. The different worker’s guilds that group voters are rife with cronyism and entering a guild is sometimes hard for the young and inexperienced. There is a significant minority, especially the young and uneducated, which belong to no guild and remain politically disenfranchised in the Consortium.

The Consortium is the most ardent anti-corporate members of the Union. All significant economic endeavors in Rukta space are nationalized and under the direct control of a Worker’s Council at some level. Consortium citizens enjoy comfortable standard of living and decidedly greater freedoms than under corporate control. Still to members of other stellar nations, the level of state control, regulations and the rigidity of the guild system seems stifling and oppressive. The social services, education and other benefits provided to citizens are unparalleled with those enjoyed anywhere else in the Union.

The Rukta Workers Consortium military was the largest of all three Union majority members. While the Freeholds originally resisted including the Consortium in the Union, the EIN Triumvirate argued that it was the most efficient way of dismantling the Consortium’s military might. Contrary to what the other majority members expected, the Rukta Workers Consortium wholeheartedly embraced the Union and managed to influence the policies to include aid and support for systems ravaged by the war.

Like the other three majority members the Consortium greatly scaled back their military, the remaining naval units dealing mostly with internal security, protecting trade routes and other police activities. There are some hard liners that believe the leaders of the Rukta Workers Consortium have betrayed their ideals and became soft since joining the Union, but the majority of Consortium citizens have gained some liberties and the unemployed youth see the possibilities in other stellar nations as a way out of their predicament. 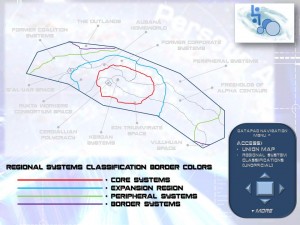 Well with that we take care of the three major political blocks that make up the Union. There are other smaller stellar nations that will get name dropped in other instalments, but this gives you a general idea of what the political composition of the setting is like.

Next week we take a break from fluff and get into the crunch of the house rules for the campaign. See you then!