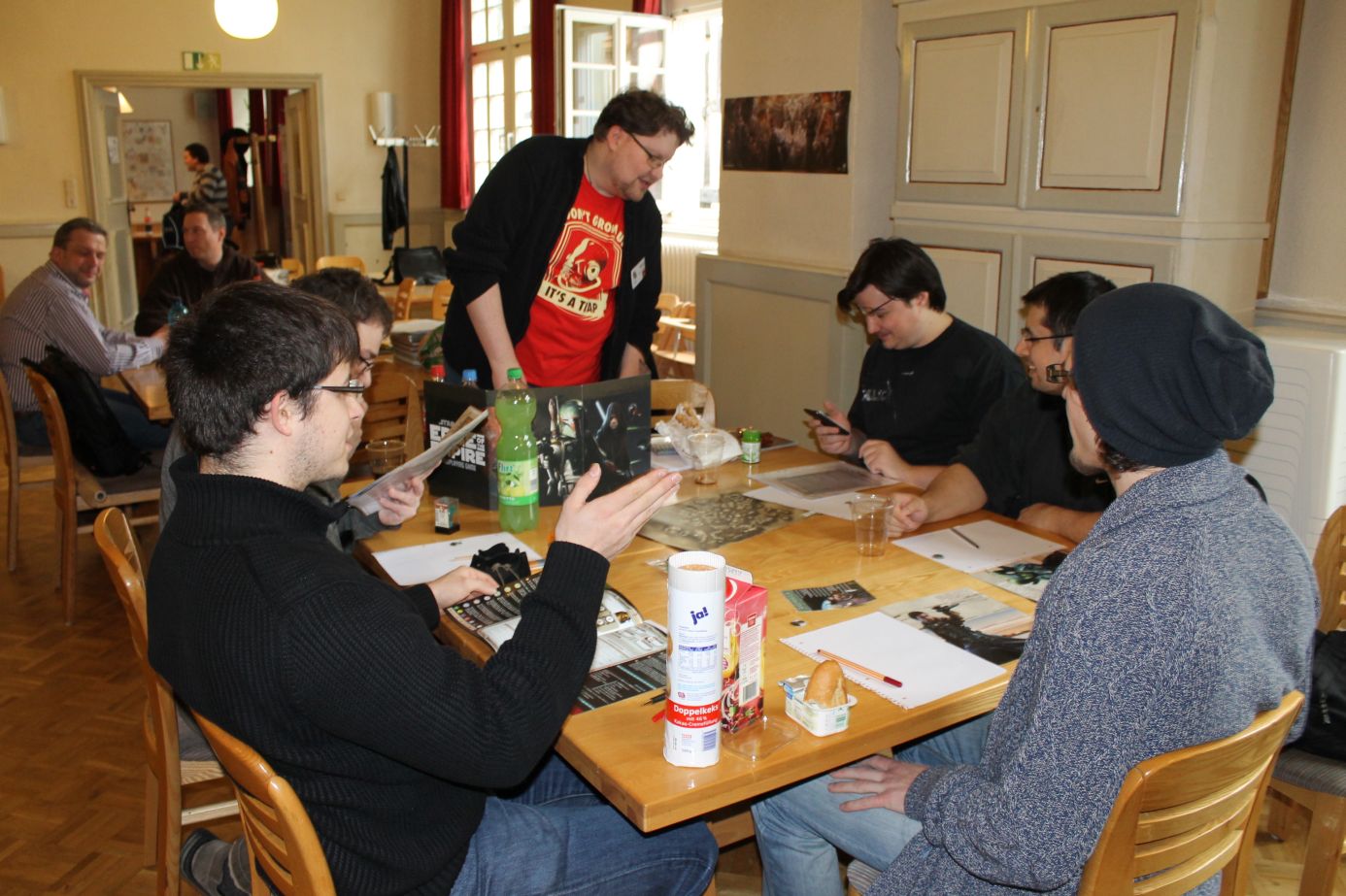 Things have been a bit quieter than usual on Stargazer’s World lately. One reason for this is my involvement with a local con which was one of the events that celebrated the German Free RPG Day.

Two years ago a couple of German RPG enthusiasts thought that the time was right to organize a German Free RPG day similar to the Free RPG Day most of you already know and love. It was and still is an attempt to make our hobby more publicly known and help out local shops and gaming clubs. This year one of the regulars of our RPG pub meeting thought it would be great if we organized our own event. Alas the location where the event was meant to be held in was not free on March 15th, so we decided to reschedule to the 22nd. 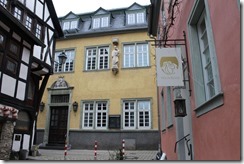 This was actually a pretty good decision. The location, the Kolpinghaus in Limburg, was perfect for our small gaming convention and the date assured that we didn’t have to compete with other Free RPG Day events.

In my eyes the “Limburger Rollenspieltreff” was a huge success. The attendence was pretty good. About 55 to 60 people came to play various games with us. I actually ran my first con game that day: “Tower of the Stargazer” using Lamentations of the Flame Princess. During the adventure one character was swallowed by a magic mirror, while the whole party was later wiped out by brain leeches. Even though they met a very unfortunate end, the players had a lot of fun and managed to overcome at least a couple of the dangers posed by the tower. 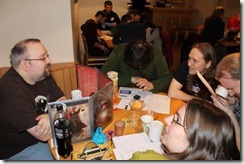 In the evening I joined Chaosmeister’s Covert Ops game. I already had a soft spot for DwD Studios’ game before, but now I am in love. The system works perfectly, is never in the way, and has a great cinematic feel. During the 3-hour-session we’ve blown up a drug dealer’s garage, sneaked into a terrorist compound, and in the end stopped a terrorist attack on the Big Apple. If this doesn’t sound like a great time, I don’t know what does.

I am pretty sure this will not be the last event of this kind we’ll organize. All of the organizers and every participant I talked to agreed that they had a lot of fun and that the work we put into it was definitely worth it!