Here we are on day 5 of the #RPGaDay2015 challenge. Remember to share and support the idea, it’s all about spreading our love for the hobby! So on to… 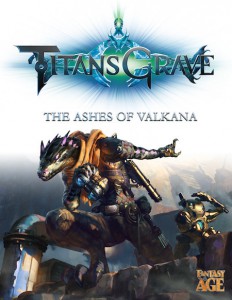 Titansgrave: The Ashes of Valkana, well at least the PDF! I recently preordered the physical book and added the PDF option. After doing the same for the Fantasy AGE game, and really enjoying the book, there was no hesitation about getting this book. It is based on the Geek & Sundry series of the same name. I’ve enjoyed the video series thus far, but my initial perusal of the game leaves me wanting more on the setting. The different chapters of the series are covered in the book in great detail, but I wanted more background on the setting, but that’s just me nitpicking because the book is exactly what was announced. 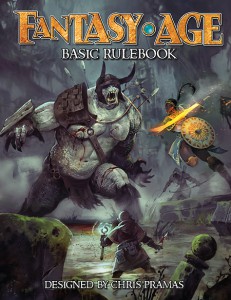 Fans seem to love it, apparently sales were through the roof at gen Con.  Fantasy AGE is a great system and this book is a first great supplement for it.

See you tomorrow for Day 6. Have a great day!