Welcome back reader. This year’s #RPGaDay 2016 is going by so quickly. It is amazing the amount of posts, videos, responses out there on the Internet. It is amazing to see how the community gets behind this idea! To me it’s also been a great challenge, it’s made me blog regularly again, and that’s always a good thing. Today’s topic is one I’ve been pondering about since I went over this year’s list. Probably the one I’ve given most thought so far, and it is:

August 11: Which gamer that you have played with has most affected the way that you play?

To pick only one! I’ve played with so many people, many of them for years, than to pick just one is really hard. Luis Miranda taught me to know things can always get worse, and prepare for it, Luis Alvarado challenged me to better know the rules and create effective challenges, Luis Lao to go deeper in the story, Pierre Anthony that the games we play can sometimes break our hearts, Sara Ivette that these stories have consequences on people’s feelings. Then there is Hector, Carlos, Fernan, José, Gary, Misael, Piwie, Sammy, and so many more, each taught me a lesson. And if that covers such a wide range it is because I game with some pretty amazing people, they all have their idiosyncrasies, and I’m sure we’ve all gotten on each other’s nerves at some time, but we’re all great friends and that is in part because of the bonds we share over this hobby of ours!

However, as I was brainstorming on the topic, one particular player came to mind. Someone who is a longtime and dear friend, who didn’t play with us that long or often, but who, at the time he played with us challenged my preconceptions of the game and made me think about role-playing games in a different way. I don’t think he expects to be mentioned here, but his name is Daniel Cañon.

We were still in school, I had not been playing rpgs for so long, only D&D with the Basic and Expert sets at this time, and despite the very simple rules, that required a lot of adjudication from the Dungeon Master, I understood the rules and could solve most conflicts within the structure of said rules. I had taught the game to most of my player’s so they adopted the same style of playing and it ran smoothly for us. 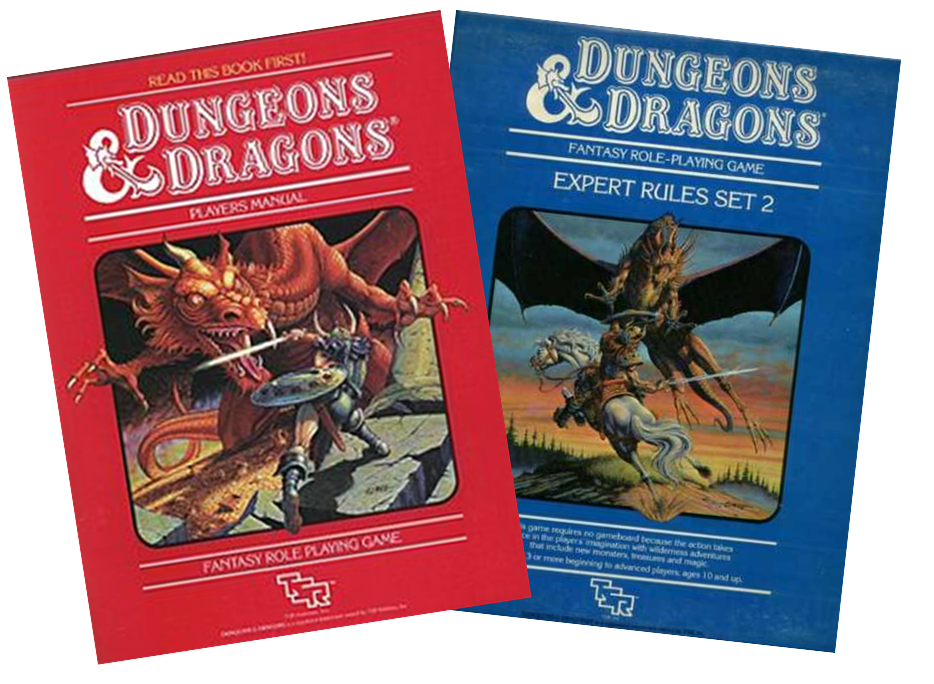 This happened almost thirty years ago so the memory is fuzzy and I might be mixing up some details, but here’s the gist of the story. Daniel came to play with us one Friday, and while I don’t remember the exact adventure, I do seem to recall he was coming into town (I’m pretty sure it was Threshold in Karameikos) on horseback and someone on foot tried to stop him. He told me he wanted to kick the person and continue. I asked him to roll for initiative that we were starting combat, and he said something to the effect that he didn’t want to fight the guy, he just wanted to push him away and be on his way. For some reason this broke my D&D is combat paradigm and made me scramble for a solution to this. The rules were probably there, but I couldn’t remember what they were.

It was either say, “No this is combat, roll for initiative!” or say, “Yes, here is how we’ll do it…” I said the later. It made me think of another way to solve the conflict. Can’t remember what I did. It was probably not very elegant or effective, but at that moment it helped me realize two very important things, there were other things to be done beyond the scope of the rules, and secondly it’s better to say yes to your players than to say no! So thank you Daniel for making that neophyte Game Master think outside the box.

What gamer affected how you play? Let us know in the comments. I’ll be back tomorrow to talk about what game our group will play next. See you then!