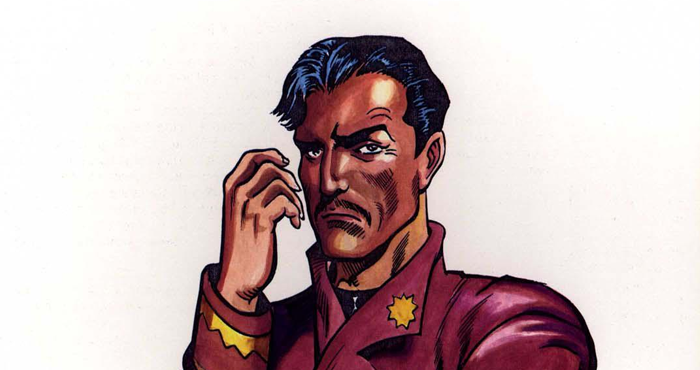 I have been running TSR’s Buck Rogers XXVc for a while now and slowly the problems inherent with the system start to show. At first glace the game seems to work quite well. But the longer you look at it, the more it comes apart at the seams. I still love the setting, but the rules are starting to give me serious headaches.

The dreaded skill system
I didn’t believe it at first but the skill system has serious issues. Even if you take great care to put skill points in only the most important skills starting characters will still suck at everything. This is not only frustrating to the players but also makes the game extremely lethal.

The Medic is the only class able to heal wounds but you can only treat each wound once and it’s only successful if you roll below your current skill rank. Medics get no bonuses to their skills (Rocketjocks get bonuses to piloting skills for example) and so the chances of a starting character to heal a dying friend is close to nil.

Overall you have the problem that there are way too many pretty narrow skills and not enough points to put into these skills. I guess this is less of a problem at higher levels, but a starting character has basically no chance to succeed at anything. Sure, I could ask for Easy skill checks most of the time to make things easier, but this totally messes with immersion.

Several times during the last weeks I have considered throwing out the skill system completely, it feels pretty tacked on after all.

Deadly combat
The Buck Rogers XXVc setting reads as if it should support a cinematic playstyle right out of 1930’s pulp magazines. Alas the AD&D 2e ruleset doesn’t really work for this kind of gameplay. This shows in combat which is usually pretty lethal. The introductory adventure is especially lethal with opponents wielding weapons which could easily kill a character with a single shot. The armor classes in XXVc are usually a bit better than in AD&D 2e, but IF your are hit, 2d6 still hurt quite a bit. Staying at the back doesn’t help either, because everyone is using ranged weapons anyway.

It’s the future! Where are all the nifty gadgets?
Sure, XXVc has a lot of cool elements. I love the gennies, the almost plausible rocketships, the nifty materials in the box set, …
But then you realize that there’s a lot of stuff missing. For starters there is no health potion equivalent in XXVc. There are no magnetic boots which help with failed “Maneuver in Zero-G” rolls, no exciting artifact weapons and armor…
Again I want to stress that the setting itself is pretty great, but I advise against trying to run the game without some serious preparation. One part of that preparation should be finding ways to put the “magic” back into the game. XXVc is pretty much AD&D 2e with the magic ripped out. According to the Technology Book medicine is so advanced that everything less serious than heart surgery can easily be fixed by swallowing a pill or using some kind of spray-on skin. unfortunately this isn’t reflected in the game mechanics at all (see above).

The solution?
At the moment I am not sure how to solve these issues. I could either try to fix the game and add stuff I deem important or just throw everything out and try to run a game in the XXVc universe using different rules. I have to admit I am not really fond of either solutions. Both approaches are a lot of work and will probably take a lot of time. On the other hand I could just ignore the problems and soldier on, but I feel this will end in a game neither I nor my players will enjoy.

This Thursday we will take a pause from the game and I hope to discuss my concerns with the group. I’ll let you know if we come up with a viable solution.