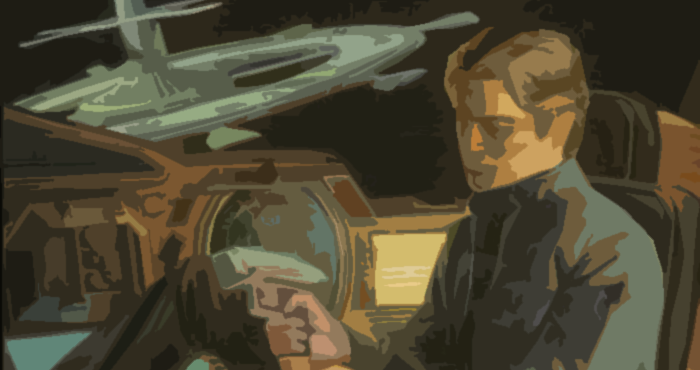 When running Traveller you basically have these options:

Each of these options come with its own problems and advantages. Going OTU is probably the easiest and best supported way to do things. Mongoose also opened up another route, which is using their Traveller ruleset to run games set in other settings supported by them. They ported 2300 AD to their Traveller ruleset, there’s a Judge Dredd setting for Traveller, and they even released a Babylon 5 sourcebook.

I guess most people use the OTU as a basis for their own creations. You can easily create your own subsector and insert this into Charted Space whereever you wish. Or you want to play in the OTU but without any alien races. That’s actually pretty easily done. Overall I guess this approach is what works best with Traveller. You just use the parts from the OTU you like and remove the parts you don’t like. As long as you don’t mess with the basic assumptions like the way the Jumpdrive works and that there’s no FTL radio, things should be fine. Heck, as long as these basic tropes are untouched you can pretty much replace all of Charted Space with your own creations and things should be working smoothly.

But when you want to use Traveller for vastly different settings more heavy hauling is needed. The careers, skills, equipment etc. were all designed with a certain gameplay and universe in mind. Adopting other SF settings to Traveller should work pretty well, as long as you don’t mind some handwaving. I can easily imagine people using Traveller rules regardless of edition for Star Wars, Mass Effect, and other space opera settings. Some issues may arise if you have extremely huge spaceships like in the Perry Rhodan universe where spheroid ships of over 2 kilometers diameter are pretty common.  I really don’t want to build something like this using any of the ship design systems.

But in general Traveller works pretty well as a generic SF roleplaying game. Still I have the impression that most people stick pretty close to the OTU. Is there a reason for this, or is my perspective skewed? What I want to ask of the Traveller players and referees among my readers is to share their thoughts on the subject. Tell us about your Traveller universes. What type of games have you used Traveller for? Is it as versatile as I think, or should one stick to the OTU? Please share your thoughts below.

Free Music for use in your games