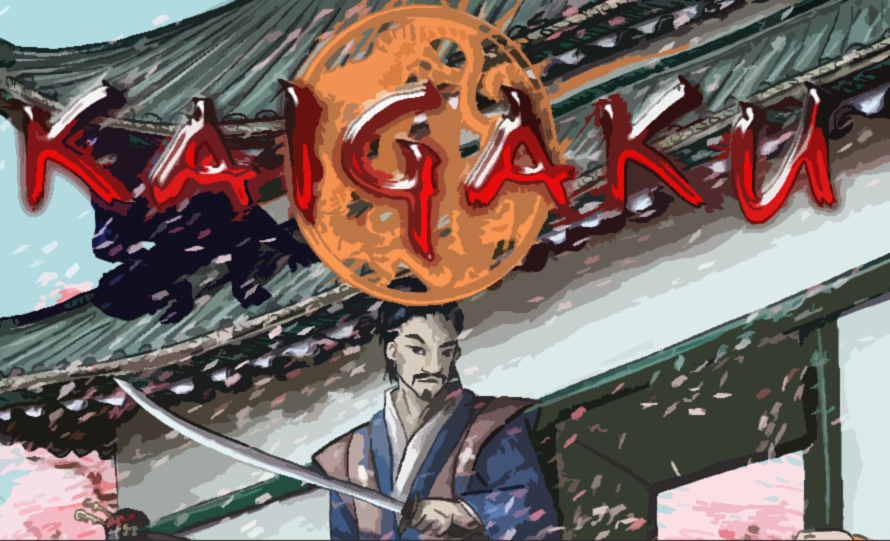 A while ago Jacob Ross contacted me and asked me if I was interested in reviewing his game Kaigaku. Kaigaku is a roleplaying game based on the Black Hack mechanics and set in a pseudo-Japan setting. From what I’ve seen so far, most Black Hack hacks are only a couple of pages long, but Kaigaku has actually 72 pages. What it sets apart from other games of this kind is the setting included in the book. If you want to experience adventures in a land inspired by feudal Japan and its myths, Kaigaku includes everything you need to delve right in.

Kaigaku, as the other Black Hack games, uses a very simplified version of the OD&D rules. If you’re familiar with any edition of D&D you should get into the rules pretty quickly, especially if you have played any other retroclone or D&D 5th Edition recently. Kaigaku (and I suppose other Black Hack games as well) even borrowed the IMHO ingenious Advantage & Disadvantage mechanics from D&D 5th Edition. Kaigaku also adds a Honor and Dishonor mechanic to the mix, which makes a lot of sense considering the setting. 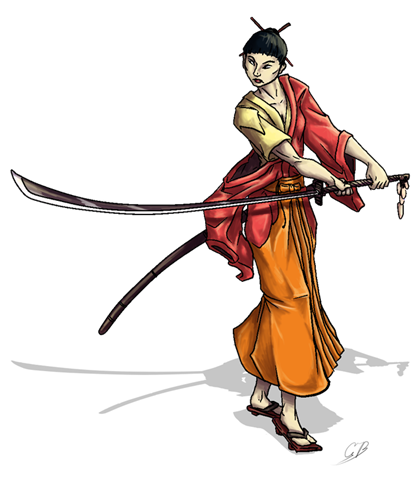 Kaikagu also comes with a crafting system, which allows characters to craft their own weapons and armor and even include Kiseki stones in your creations. So what are these Kiseki stones? They are a kind of magic stone harvested from meteors which can be used in item creation but which can also be implanted into people to give them special abilities.

Kaigaku doesn’t use the regular D&D classes but includes a set of classes more fitting to the background. There’s the Ascetic, Bushi, the Ninja, and last but not least the Courtier. The game even includes a social combat system which might come in handy when playing a Courtier or anyone else who has to deal with the machinations at court. The equipment lists include a plethora of Japanese weapons.

The biggest selling point of the game is definitely its setting. The Empire of Kaigaku is mainly based on feudal Japan, but Jacob also snuck in elements from Korea and China. Kaigaku is set on a mountaineous peninsula and controlled by an Emperor. Due to a schism in Kaigaku’s past the succession switches between two royal lines. There’s a caste system like in feudal Japan and player characters are commonly from the Samurai caste. The history of the empire is only described in broad strokes and a lot is left to the GM. I have to admit I prefer this approach over more “complete” settings. I still remember my attempt to run Legend of the Five Rings once (or rather the d20 version of it) where I was quickly burned out when trying to get every little detail right. But that’s a story for another day…

In addition to a class, each character also gets additional abilities from his or her ryu (school). Each school provides five tiers of abilities which characters gain at each even-numbered level. The schools are sponsored by the clans of Kaigaku, but there are also unaffiliated schools. Each school and the clan (or faction) it sponsors are described in quite some detail. Aside from a general description, you get a list of notable characters, the relations of the clan with other (including gaijin – outsiders), and their territory.

My favorite part of the book is definitely chapter 5: Secrets of Kaigaku. It lists various Clan and NPC secrets which can easily form the basis of a campaign or at least a couple of adventures. It also helps the GM to get a better understanding of the setting.

Kaigaku is currently avaliabe through DriveThruRPG in two versions: the free Kaigaku RPG and the Kaigaku Premium Edition which sets you back $10. The free version lacks artwork and has a simpler layout. If you are a fan of pseudo-Japanese settings and OD&D you should definitely check out Jacob Ross’ game. It has a couple of interesting mechanics and a setting you can easily use as the basis for your campaign. If I ever run a samurai-style game in the future I’ll definitely use Kaigaku for it!

One last thing: Kaigaku was made possible through Kickstarter and is IMHO a great example of a KS done right. At the time the project was started the above-mentioned free edition was already done and people could check it out before deciding to back. This is how all RPG Kickstarter projects should be done!