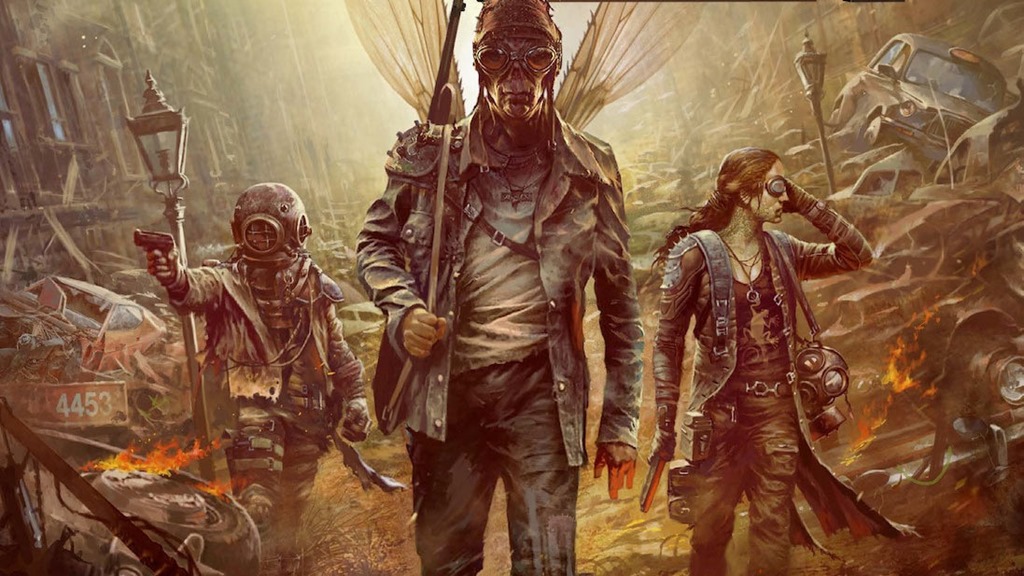 I have read just about everything that is available to get for free several times in the past couple of weeks and this looks like an awesome game and I really want to play/run it.

I am mechanically minded so I will start with my impressions of the detail of the system and work outwards to the bigger picture.

I love this mechanic. At some point every GM is going to start to write their own adventures and being able to scale from six options to the 36 possible outcomes of the D66 to the 200+ options to the D666 is so simple, consistent and elegant. The mechanism gives you as much granularity as you could possibly wish for. D6 for initiative is simple enough and D66 for criticals gives you enough variety that injuries mean something. I don’t know what a hit point looks like but a broken nose means something. It seems that most fighter types will be able to take 5 points of trauma and weapons seem to do a typical 2 points per hit. This implies that fights are going to be short and bloody, no slug fests here.

The game play seems to be very social, something that I have been increasingly aware of recently both in my own games and in games I have reviewed. I like this but, as has been noted elsewhere, M:YZ is not a game for online or PBP play. It needs that sort of ‘around the table’ discussion and collaboration.

Character creation from what I have seen is really fast and easy to grasp. I am not a fan of dice and random rolls in character creation. This is a personal choice and I can see the occasional amusement of playing a warrior with a terrible strength or constitution. I would not want to do that every time. M:YZ thankfully uses a simple point buy system of sharing 14 points amongst four attributes and ten points amongst 12 basic skills. There is just as much emphasis put on relationships as there is on attributes and skills. This is something I wholeheartedly agree with. The only random factor in the rules I have seen is your mutation. In the quick start rules there are three mutations per character and you roll a D6 to select.

I really like this vision of the post apocalypse. I have fond memories of Gamma World and to some extent this is a more grown up version of that vision. The setting is a role player’s setting, not a dungeon crawlers or hack and slashers setting. In that Gamma World version everyone wanted powered armour and big weaponry, from what I have seen the emphasis is more on collaboration and internal struggles with your fellow mutants and the survival of your ark.

My one and only concern is over the setting though and it is possibly completely irrelevant or wrong. There is something about M:YZ that reminds me of the original Call of Cthulhu (Chaosium?) game. I think it is the hint of an underlying menace. There are warnings at the front of the rules for players not to pry further into the rules regarding this. I wonder if once this secret is known, if the game will lose some of its return value. Even if I am right, does that detract any from the game? I think without that undercurrent the setting would lack a certain ‘something’. The setting is extremely hostile and even your mutations are out to get you. I do not think characters are going to live very long if you try and go out all guns blazing, or using a bat to try and solve your problems. This is not that sort of game. I suspect that unearthing that hidden story may never happen for a great many groups.

Finally, I would like to mention the job that Free League Publishing have done with the game materials. The writing is excellent and the art is more than adequate to imagine the setting. Page layout is possibly a bit of a nerdy thing to get excited about but it is of such massive importance to how we respond to a book. If you cannot find what you need then the rules appear opaque. If the pages are too dense with text then the rules become difficult to absorb. These are the little things that, although no single one makes or breaks a book, can change our perception of a rulebook and therefore the game. M:YZ was laid out by an extremely talented page designer.

I don’t do scores, I think games are too complex to boil down to a single ‘marks out of ten’ or ‘stars out of five’. I can imagine that reviews before me have given this game nines and tens and it would be well justified. I know I am picky and hard to please but this game is probably the best game I have read in a decade.

We have to be better than this!