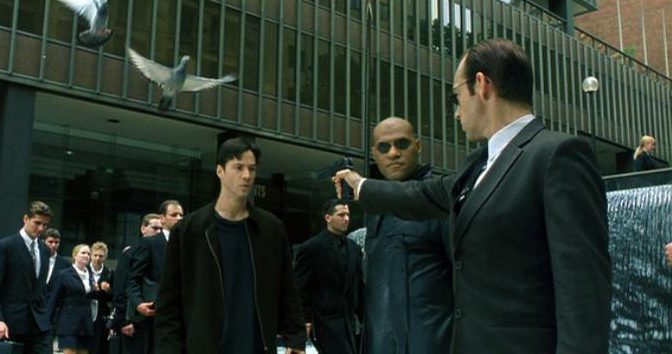 Quite by accident I ended up spending all my free time last week reading the Corporation Core Rules. This is a free PDF so you can grab what a copy if you are curious. This is not a new game having been released in 2009 but it is still actively in development. It is a popular game, Gold best seller on Drivethru and Silver on RPGnow, and that is just from the hard copy sales, the free pdf downloads do not count toward metal ratings.

So What is Corporation About?

This is a sci-fi RPG that to me just screams Blade Runner and The Matrix. It has that cool Japanese brooding and brutal violence but with tech, cybernetics (including that matrixesque back of the skull up-link), telepathy, Terminator style AI and so much more.

The publisher, Brutal Games, have a rich vein of supplements and adventures that expand on the setting and the dark powers running the world and the all powerful corporations in the games title. The PCs are agents of those corporations and the game is very much mission based. Think of the possibilities of playing Agent Smith rather than Neo!

This is an extremely cool game. Anything that comes with a playlist of suggested music to set the scene, a watchlist of movies and TV to inspire and games that capture the vision behind the game is doing the right thing. These external references show you the potential of the system and I imagine they will make you want to play out some of the classic scenes with your players. The core rules are so feature rich that you leave out the bits that do not fit your imagined world but you are probably better off leaving them in and using the published setting adventures.

Mechanically the game has a lot going for it. I will say up front that it has one deal breaking mechanic that I don’t like and that is hit points. I simply do not like them as a only real method of managing wounds and damage. If you don’t mind hit points then all the better.

So characters are built by assigning points to their stats, which I like as no one gets penalised by a disparity between great stats vs poor stats. Following that you assign points to skills and there are A LOT of skills. You pick the corporation you work for and so on. Everything is choices. Some can be guided by the GM. If he or she needs you to be or not be part of a specific corporation for plot reasons, the so be it. How much tech, cybernetics and telepathics you get your hands on are all choices you make at character creation time.

What I like is that the game is ‘classless’, anyone can really do anything. It is also levelless, experience works by improving the skills you have and advancement is more about gaining promotion within your corporation, and avoiding demotions for failure, rather than levelled advancement.

Another sweet mechanic is the way that critical successes and failures are handled. The basic skill resolution is roll 2d10 to give a 2-20 result. You add your stat+skill to get your target number to roll under. Just as we all get excited about rolling a natural 20 or in my world an ‘open ended’ roll; in corporation rolling doubles is a good or bad thing. 1/1 is a critical success, 10/10 is a critical failure. Poor quality kit may have a critical failure range of 9/9 and 10/10 or even more ‘doubles’. Superior kit may critical on double 1s, double 2s and so on. I think these magic numbers add a bit of excitement for the players, you don’t want to just hit, you really want to hit AND roll a good double.

Damage is handled by using polyhedral dice, the standard issue pistol does a d8 so you get to play with your polyhedral dice. I think games that use d4s are simply dangerous and in corporation a katana does 2d4 plus the characters strength. Stepping on the d4s is probably similar in pain to being hit by the real weapon in my opinion, but I digress! You can see from the example katana that your characters stats are playing a part in not only skill successes but the actual resulting action. All the skills work this way where the stat can have a direct bearing. In other skills if there are graduation of success then the more you roll under your target number the greater the level of success.

The really big guns and heavy weapons can do damage in the realms of 6d6, 6d8 or 6d10. this gives the same sort of buzz as when you got to cast your first fireball in D&D (5d6?). All this says to me that Corporation was built to be played by the players. Increases in ability can be frequent yet incremental so you always feel like you are improving, you get to play the character you imagined not one proscribed by good or bad dice rolls. Those dice rolls have a hit of excitement added to them via the doubles rules and that potential to sometimes, just sometimes get to roll a whole bucket of dice for your damage.

Corporation is a game to be run by the GM. By that I mean there is infinite scope for machinations behind the scenes, plots that exist to manipulate the player characters or to pit them against forces that are just as ‘right’ as the heroes all exist a plenty. Corporation is a game where 99% of the time the only person who knows what is actually going on is the GM and the game is none the worse for it.

When I downloaded Corporation I had no idea what to expect and I was very pleasantly surprised! Good Game!