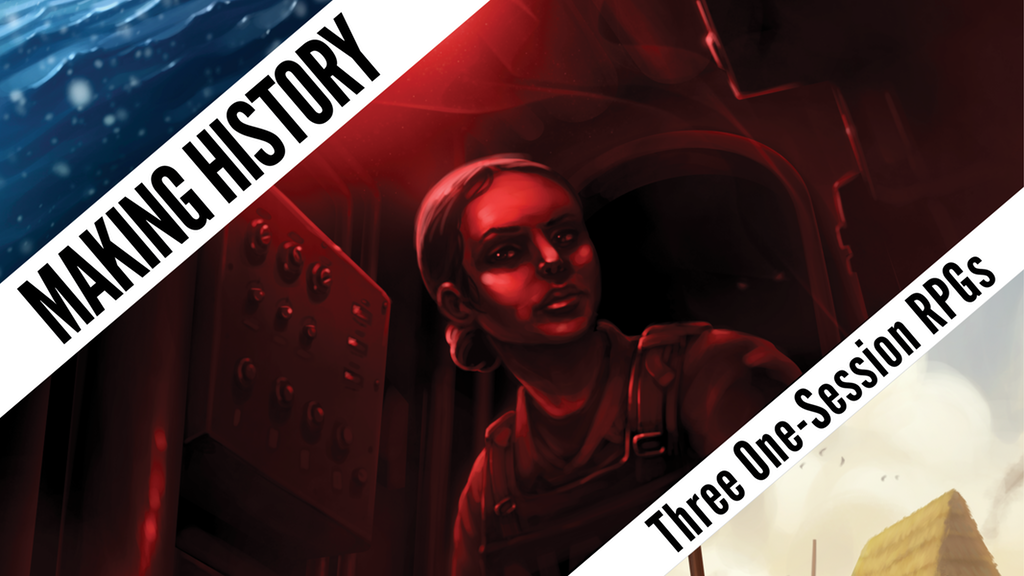 Back in 2010, about a month after I finished writing WR&M I visited GenCon in Indianapolis. There a fellow RPG fan called Tristan Zimmerman did an interview with me for his RPG podcast. Now, almost 9 years later he’s running a Kickstarter campaign for his own roleplaying games! 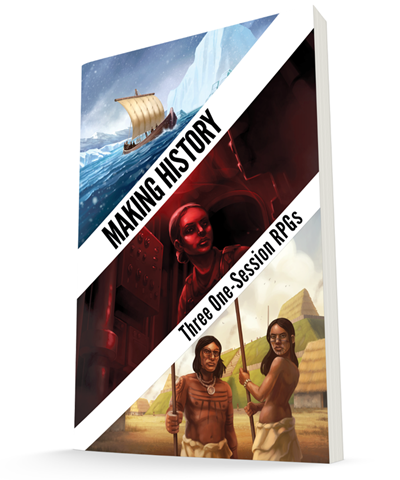 If you ever wanted to run a game in a historical setting but didn’t have the time for all the prep and research involved, Tristan has you covered. “Making History: Three One-Session RPGs” contains three complete games including pregenerated characters and adventures set into three eras of play. There’s “Norse Ivory”, a game in which you play Normans in 994 A.D. on a quest to the lands of their Viking ancestors. In “A Killing in Cahokia”  you take on the roles of Native Americans investigating a murder and conspiracy in a Native American metropolis long before white men came to American shores. Last but not least there’s “Darken Ship”, a modern day game in which you play low-ranking US Navy sailors alone in a ship which should carry a crew of thousands.

The Kickstarter started today and has a goal of $1500. The game is already finished in digital form, but he needs help to finance a print run. Tristan has graciously provided me with a copy of the game and it looks very cool. All three games sound very intriguing (I am especially excited about the one set in Cahokia), the rules are fairly easy  and I’m sure you could use all three games to introduce your friends to the hobby, or run it as a convention or similar event. Each game also comes with reading recommendations in case you want to learn more about the adventures’ subjects.

If you are into historical RPGs and/or a game which you can use to introduce the hobby to new people, you definitely should check out Tristan’s Kickstarter!