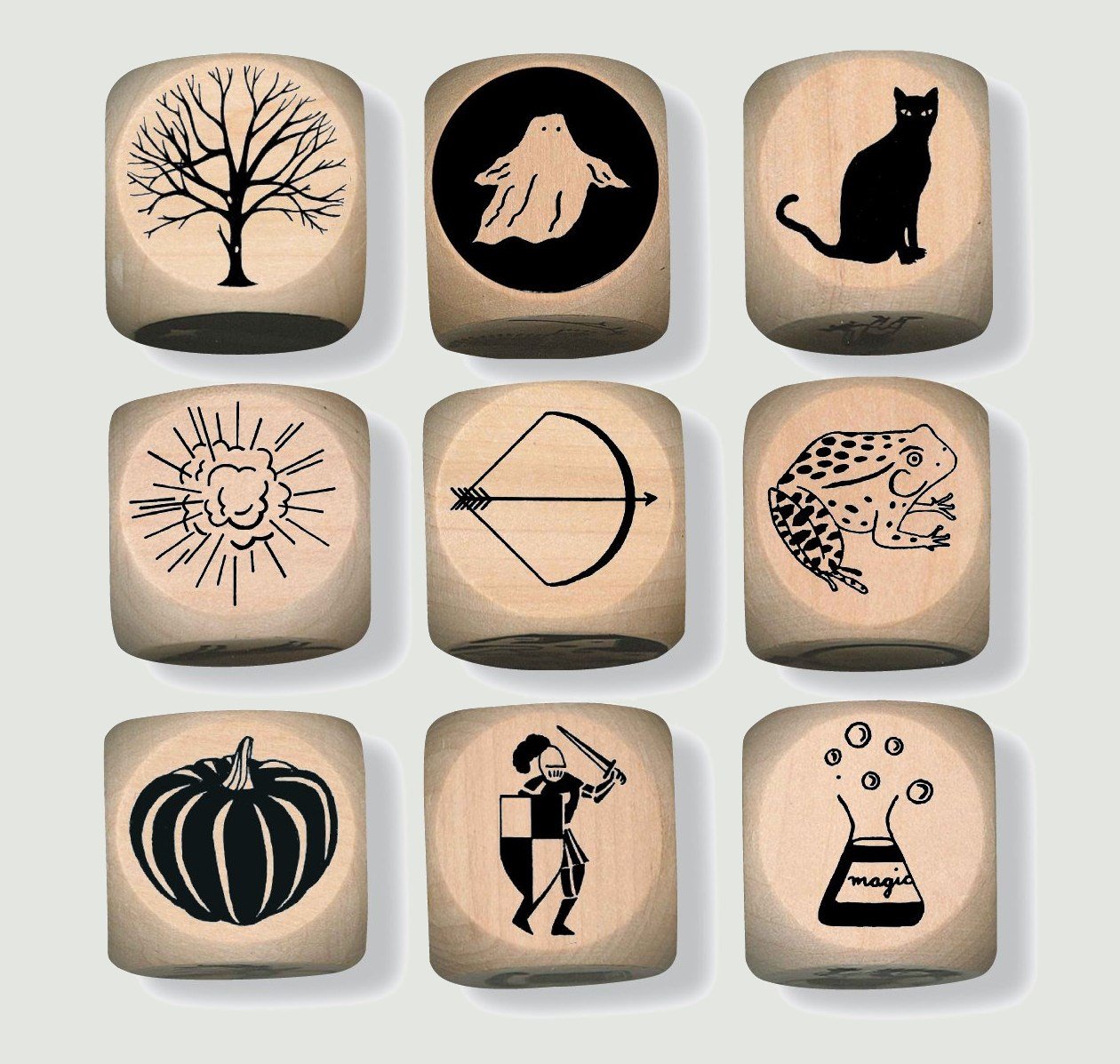 I am probably very late to the game but I just discovered Game Icons back in April. I was of course familiar with story cubes but had not really got on with them as a plotting device. Game Icons and I seem a much better fit.

I suspect the difference is that when I rolled story dice I rolled them all and then had too many pictures to try and string together into a coherent adventure.

Story Icons on the other hand are themed so I can limit the icons to the genre I am writing for and I can roll for the number if icons I want or need.

I have always been a fan of the Mutant Year:Zero mechanics and it turns out that the d666 is the perfect companion to game icons. I can drag and drop icons directly from game-icons.net into a table with the numbers alongside and create a custom set in a matter of minutes.

I have been using them not only for creating in adventures but also for the motivations and inner thoughts for NPCs in those adventures. As an example I have a lady in waiting NPC in an adventure I am writing. I rolled two icons and got a wheel and a shield. I took the shield to mean that she was protecting something and the wheel to mean change. Suddenly that lady in waiting is part of a plot to overthrow the royal family. It is entirely possible that that will never come up in the adventure but it is also sitting there and should a character suddenly decide to use telepathy to find out what she is thinking they are going to be in for a surprise.

For me the big advantage is that I don’t have to sit here and be constantly inspired. The game icons are the inspiration. As a side benefit the adventures I am now writing a greater richness and depth if the players choose to explore those depths.

If you haven’t tried using game icons there is a neat tool at Tangent Zero where you can randomly generate game icons and I have attached a spreadsheet with the d666 numbers in the first column and you can drag and drop icons directly from either Tangent Zero or from game icon.net.

I hope these give you as much enjoyment and inspiration as they do me.

Are we DMs really that weird?