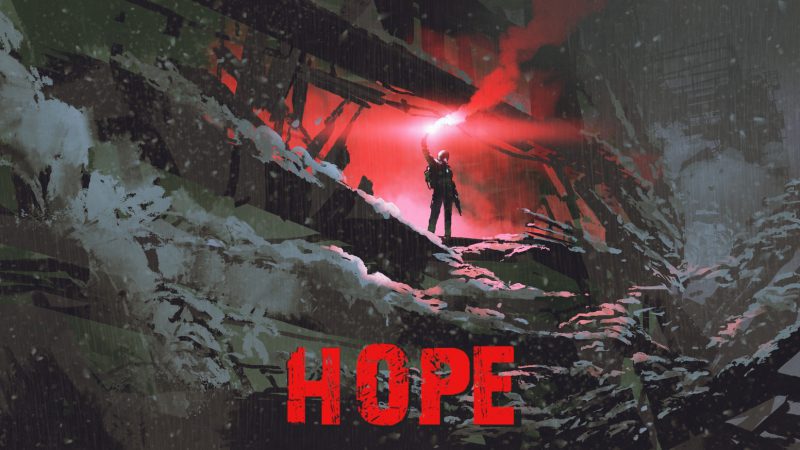 This week I am reading the Playtest for HOPE RPG. I skim read the document when I got it last week but I haven’t had a chance to make a character yet or got a chance to play it.

It is also too new to have any actual plays online.

So my first impression is that this is a fusion of Zweihander and Gamma World with a healthy dose of MY:Z thrown in for good measure.

The Zweihander bit is in character creation and skill resolution. Zwei uses d100 and you roll under your Stat + skill. Typically this is going to give you about a 45-50% chance, all things being equal. In addition if you roll a double eg. 11, 22, 33 all the way up to 99 and 00 you get a critical result. Double when you succeed is a critical success, double when you fail is critical failure.

HOPE uses stats in the 1 to 5 range and skills typically give a +1 or so. To succeed in a skill test you roll under stat + skill so typically four or five. You roll d10 and try and get equal to up under your stat + skill. You also roll a second d10 as the critical die and if it matches you skill roll you get a critical success or failure. So in effect this is Zwei stats and skills divided by 10.

The professions are rather zwei-like but they go hand in glove with the skill system, rather then being more like character classes where everything is bundled up together.

When you get to the combat side, mutants and monsters it starts to feel much more like old school Gamma World. You are using a full set of polyhedral dice with weapons doing from 1d4 for something small and improvised to 2d8 for big bad shotguns and magnum ammo.

And then there is the Hope settlement. This is where it starts to get a bit MY:Z with its Ark or even Zombie Run with Able Township, for the fitter roleplayers (LARPers?). One of the starting objectives in HOPE rpg is to defend and build up the Hope settlement in to something safer and more sustainable.

Given that I have only skim read the rules I have come away with two overall impressions. The first is that although this game claims to be grim and perilous and characters don’t live long, it actually looks a lot more fun than Zwei and more survivable.

The second impression is that this simplification of the core Zwei mechanics means that the game should play quite quickly at the table. I am going to start making characters this week, probably tomorrow. I get the impression that a character on a post-it may be a viable goal for this game. I like games where you don’t need a playbook just to know what your character is capable of.

I will blog about this game later this week or early next week when I know more.