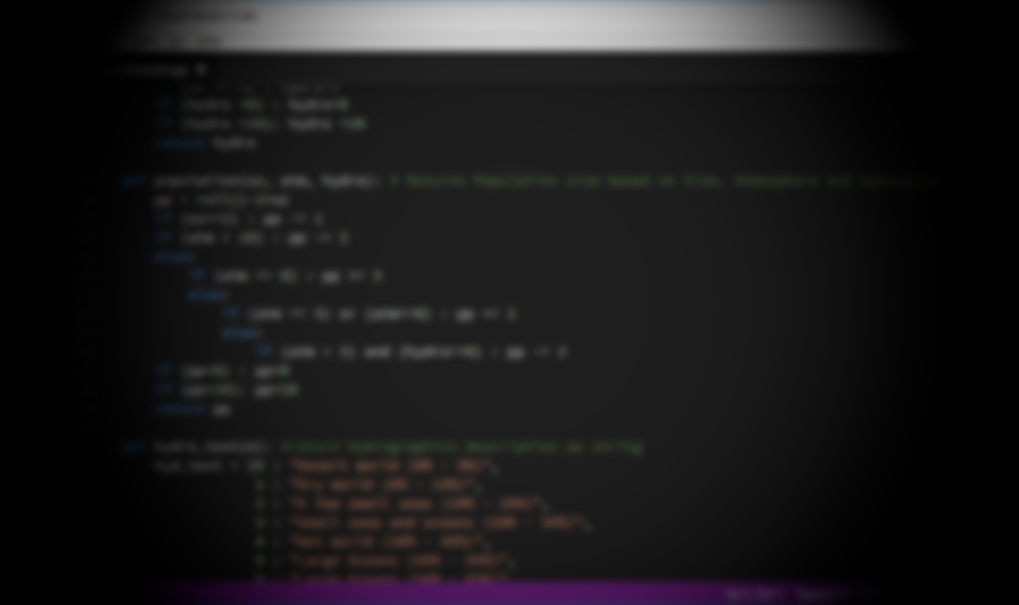 About two and a half years ago I wrote a simple Python script which generates subsectors for me in the Cepheus Engine format. Why? Because I find rolling up a full subsector by hand quite tedious.

So, what does this script do? It’s nothing too fancy. It’s text-only and you can’t save results. But for the purpose I created it for, it works like a charm. The script just rolls up a subsector and outputs the results as a table (in a Traveller Poster Maker-compatible format). You also get a list of all systems in a more human-readable format. If you like the results you can easily copy and paste the output into a text file.

You can check out the source code on repl.it. If you don’t have Python installed you can also run it in your browser by clicking onto that green “run” button. Enjoy!