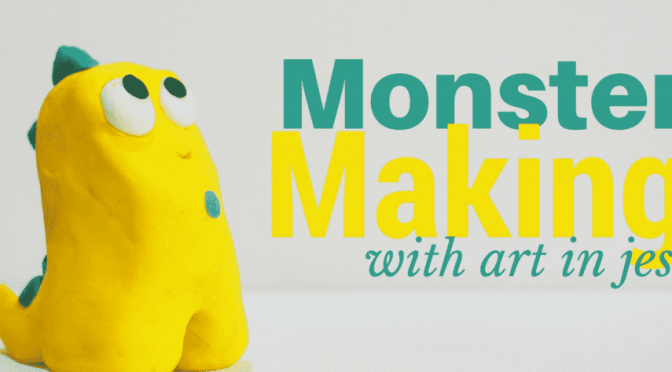 I have been away for the past two weeks touring Iceland. Iceland is a country with a rich mythology of trolls, elves (the hidden people), viking sagas including berserkers, sorcery and witchcraft. It is a great place for getting inspiration as a GM.

I have also spent my holiday reading the complete works of H P Lovecraft. The Icelandic summer is the best time to read these if you are a wuss like me as it never gets dark.

Over the past two weeks I have written five adventures but for every one of them I have created new monsters. That is  a really odd thing to do as nearly every well established game has volume after volume of monsters. Why do I need yet more or feel that none of the five thousand monsters I have at my disposal are quite right?

The adventures I have written are, first and foremost, for my long standing group and will probably slot into the campaign after they complete their current adventure. I say probably as I am not a railroading GM and if they don’t take the bait then they could easily miss all of these adventures.

These adventures are also the ones I intend to submit to ICE for The Adventurers Guild. I would like to have played through them at least once before submitting them to the editor.

So why make new monsters?

I think the combination of the Lovecraftian influences and the Icelandic  mythology have created a set of adventures that need the perfect monster but also it needs a monster, or a better word would be foe, that the players do not know down to the last statistic, how tough it to kill, how dangerous it is in a fight and how to defeat it. Familiarity breeds contempt as the cliche says.

I left the monster building until I came home, I didn’t take a computer on holiday with me or rule books. I could check the odd rule here or there using the PDF rules on my phone but it was very liberating to just write the description of the creatures I wanted as I wanted them to be rather than be constrained by what was in the books.

The common factor is of course that rules play no part in the whole creation process. I can always ‘fix’ the rules afterwards. In this case it is just monsters. In this context rules equates to constraints and creativity and constraints are never easy bedfellows. 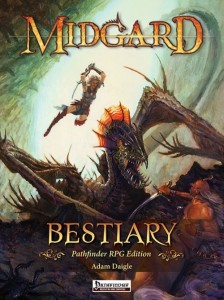 As you may know from my review of Kobold Quarterly #21, I am out of the loop when it comes to Open Design. I’ve been asked to review the Pathfinder edition of the Midgard Bestiary, developed by Adam Daigle, which counts as my first exposure to the setting. That puts a great deal of responsibility on the book.

Gazing Into the Abyss

What do you do when you find yourself confronted with a book of monsters? I imagine, like me, your first reaction is to flip through it and see if anything catches your eye. If art is important in any RPG book, it is most important in a bestiary.

Immediately the alseid grabs my attention. It is like a centaur, but instead of human and horse, the combination is elf and stag. Springing up out of his long hair are a pair of antlers. Baba Yaga’s horsemen are the first “monsters” in color I encounter. Most of the bestiary is sepia pages and black-and-white artwork. The splashes of full-color artwork are nice.

I dislike the blood hag and broodiken. Their appearance does not inspire me and I know I will give them a pass. Fortunately there are many other monsters whose appearance delights me: Bone collector, cavelight moss, dire weasel, salt golem. The list goes on. The Bestiary passes the first trial.

One thing I wish were present in the book, and all monster books in general, is an artist credit for each entry written along the side margin or some other unobtrusive place. This makes it easier to look up a particular artist’s other work when you like what you see. The pieces aren’t always signed, initialed, or otherwise marked.