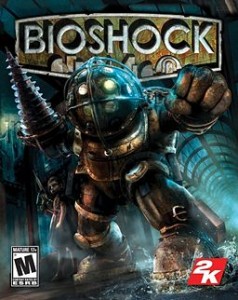 The award-winning computer game Bioshock takes place in an underwater city called Rapture, where the dream of scientists and artists turned into nightmare. The soundtrack of Bioshock not only featured songs form the 40s and 50s but twelve original orchestrated pieces composed by Garry Schyman. The score (without the licensed songs) has been released for free shortly after the game came out.
In my opinion the Bioshock score is perfectly suited for horror campaigns set in the  first half of the 20th century. I think I will make use of it the next time we play Call of Cthulhu.

You can download the Bioshock soundtrack here (ZIP file; 21.7 MByte).
There’s also a review of the score and an interview with the composer at Tracksounds.com!

Bioshock – Main Theme “The Ocean on His Shoulders”

Cthulhu Confidential: From a Player’s Perspective