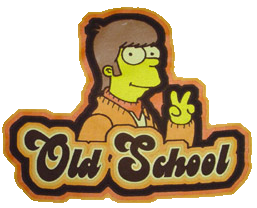 There has been a renaissance of old-school games recently. Just think of all the retro-clones like OSRIC, Labyrinth Lord, Basic Fantasy Role Playing Game, which try to emulate legacy D&D. Some games like Mutant Future or Dungeonslayers don’t try to copy a certain game but are old-school games that stand on their own. Some even say that D&D 4th Edition is much more “old-school” than it’s predecessor.

So, why is old-school so popular at the moment? And what is old-school? I have to admit I can’t really answer these questions. Recently I have been enjoying running Dungeonslayers and I even developed some homebrew rules for it. For me it’s the simplicity of the system and the almost zero prep time. If there’s no proper rule for something I just make one up. I don’t have to browse through several hundreds of pages to find the rule I need. And my players enjoy their dungeon crawls and the bashing in of doors and the slaying of monsters.

But is this what old-school is? And can’t we just do the same with a new and fancy new-school game? And what is new-school? Savage Worlds? FATE? Shadowrun? I have to admit, I have no idea. What are your thoughts on that matter? And I have to admit that I am totally lost when it comes to these old D&D boxes everyone is talking about. Red box, white box, blue box… it’s all greek to me.