On Free RPG Day a free copy  of Forsaken Bounty, the introductory adventure to the upcoming Rogue Trader RPG by Fantasy Flight Games, was available at participating game shops. Alas not everyone was able to get his hands on a copy. 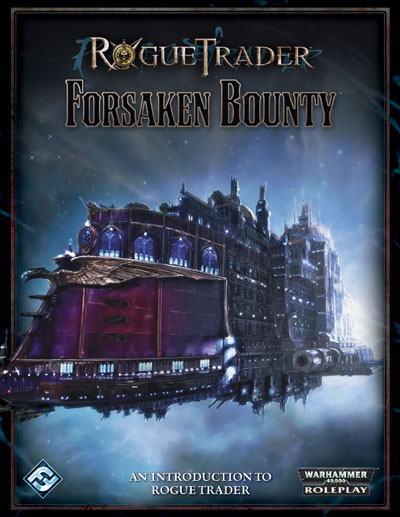 But don’t despair, because FFG finally made the adventure (including game rules and a couple of pregenerated characters) available as PDF documents. There is a web version and a high-quality print version that is a whopping 78.5 MB download. So, if you want to give it a try, you can download everything at the Rogue Trader support site!

PLEASE NOTE: If you are part of my gaming group, please avoid reading the adventure, since I might want to run it sometimes in the future. You’ve been warned!