I’ve been a fan of “Penny Arcade” pretty much from day one, and I was overjoyed when my favorite comics from the Dragon magazine “Nodwick” and “What’s New With Phil And Dixie” made the jump to the world-wide web.

Another great webcomic and (hopefully) soon a RPG setting for GURPS is Phil & Kaja Foglio’s Girl Genius. And last but not least I always enjoy reading the latest “Full Frontal Nerdity”. In many ways it reminds me of a modern version of “Knights of the Dinner Table”. And by the way, don’t you think that the bald guy looks a lot like our fellow RPG blogger Chgowiz? 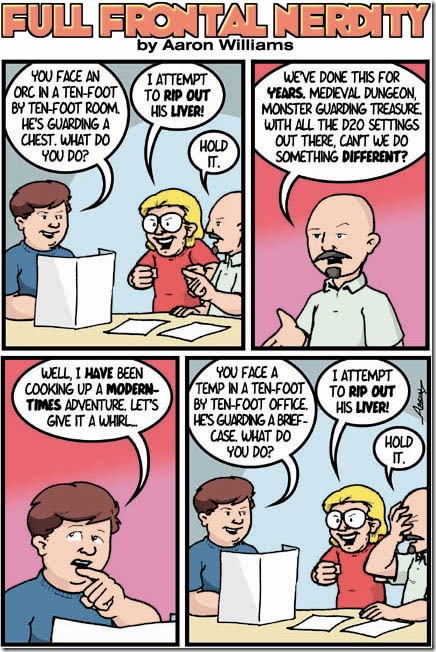 What are your favorite gaming-related web comics? Are there any true gems out there that I missed? Please share your thoughts in the comments below!