In Part 2 of this series I have a look at public relations and RPG websites. If you’ve missed Part 1, you can check it out here.

Another tough pick, but in the end I settled for Paizo Publishing again. Releasing their new flagship product as Alpha and Beta versions to the public was great PR. Not only were the fans able to take a glimpse at the rules before release (and for free) but they were also able to actively influence the direction the development was taking.
They also released a Pathfinder Reference Document later, that easily allows other companies and fans to create their own stuff based on the Pathfinder game using a pretty open license. Effectively Paizo picked up the “open gaming” torch WotC has dropped with 4E.

At first I thought about picking Joe Goodman for how he responded to a poor review (read Zach’s article about the whole affair), but in the end I decided to announce Wizards of the Coast winner in the “Worst Public Relations” category. It started with WotC shutting down a few 4E-related sites. As far as I know the sites who received cease & desist letters had been copying large sections of the 4E PHB, so WotC was definitely in the right to do so, but the action was badly communicated and a lot of bloggers feared, WotC might repeat what TSR has done in the early internet era.
A few months later they continued this trend by stopping all PDF sales without further notice. This move not only alienated a lot of long-time fans it also removed all older edition material from the shops. Piracy was stated as one of the reasons why this was done, but aside from making their customers angry, WotC didn’t accomplish anything with this move. D&D books are still getting pirated, even the ones which were never available as PDFs in the first place.
I don’t think I need to mention that there still is no real Fan Site Policy (something Scott Rouse promised us repeatedly). Don’t get me wrong, although D&D 4E is not exactly my cup of tea anymore, I acknowledge that WotC produces great content. But it seems their PR department has been taken over by the Legal department some times back. And that’s not my idea of good PR. 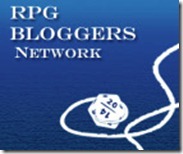 My winner for this category is definitely the RPG Bloggers Network main site. Ok, you might argue, that it’s sometimes broken, not very attractive, lacks features and sometimes confusing, and I fully agree with you. But it’s definitely the best hub for great gaming content on the web. It’s not just a simple website but it stands for a community of dedicated RPG bloggers that I am proud to be part of.
The network has changed management recently and is now run by Duane O’Brien. He has some great ideas for the RPGBN and I hope he can introduce the planned changes soon.