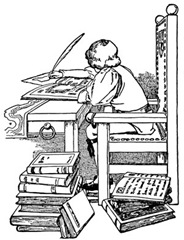 For quite some time now I have thought about opening my blog to other authors. Aside from a few guest posts, 100% of the content on this site has been written by me alone. And keeping up a  “one post per work day” schedule is hard work if you are just one guy.

I gave it some thought, and I am finally ready to open Stargazer’s World to other authors. If you want to join the team, there are a few things you need to know:

If you still want to join the team, send me an email (info(at)stargazersworld.com) and tell me, why you want to join the team and what you want to contribute. I will try to reply as fast as possible. If you get accepted you will get a nice entry into the newly-created Team page, a stargazersworld.com email address, and the right to write and publish posts on this fine blog! Welcome to the team!