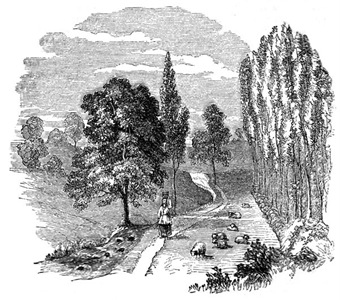 Back in the day, when we still played games like Warhammer Fantasy Roleplay 1st Edition, character advancement was more than just picking new skills and talents, or improving the stats. Often the characters had to undertake long travels to get to an appropriate trainer that could help the character to get into a new career. Usually these trips where quests in their own right, which were pursued besides the actual adventure.

Some RPGs still list an appropriate trainer under the requirements needed to be fulfilled before a new ability can be picked up, but – when I am not totally mistaken – most don’t. I guess this is just one of the things that have been streamlined away over the years. And this is not necessarily a bad thing, since the method I mentioned can easily lead to frustration on part of the players.

An inexperienced GM might not allow characters to get access to certain abilities or there’s just no way the characters can go on a side trip to purchase new skills. But in a lot of RPGs acquiring new abilities and improving existing ones is one of the main incentives for players.

On the other hand, when done right, making character advancement quests in their own right can be a very powerful tool at the GMs disposal. During a journey to that old wizard who supposedly can teach the spell-casters of the party a few new tricks, the GM can easily introduce new lands or NPCs to the campaign, let the players face some new challenges or drop some hints that may later help them with the “main quest” at hand. These side trips are perfect opportunities for role-play or can be employed when not all players could make it or the GM is not fully prepared.

In addition to that players get more attached to their characters when they had to make an effort to get their abilities. Its the same as with treasure. The sword found in the hoard of an evil dragon the party has slain is much more memorable than the one found in a random barrel somewhere.

Forcing player characters to actually “work” for their advancement might be an old-school concept but it can be a powerful tool for GMs and help players to immerse into the game. If you haven’t tried this technique I wholeheartedly recommend it.