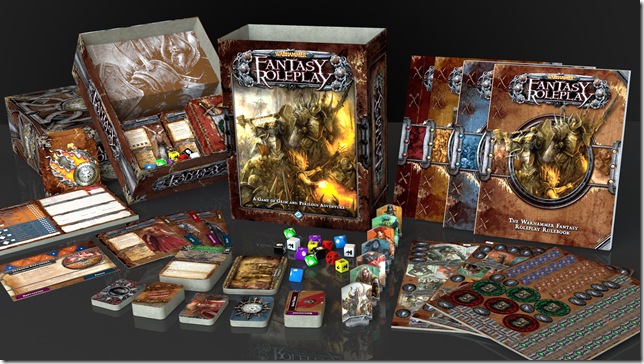 When the first details about the 3rd edition of Warhammer Fantasy Roleplay were leaked to the internet I wasn’t that happy. Action and ability cards? Custom dice? Dice pool system? This was not the game I’ve played and loved for my whole roleplaying career! I wrote a couple of posts (here, here, here and here) where I voiced my disapproval of FFG’s decision to radically changed my favorite game.

But over the time my anger and disappointment waned and I started reading reviews and playtest reports. While I still think that some aspects of WHFRP 3rd Edition are overly gimmicky, it seems to be a pretty solid roleplaying game. After listening to the latest episode of RPG Circus which featured Mark’s review of the game, I am actually considering buying and playing it.

What I want to ask my readers is if someone has played the new Warhammer Fantasy Roleplay game, yet? What are your experiences? Do you think I should give it a try? And what problems have you encountered during your first games? As always, every comment is highly appreciated.

What about Advanced Feats: The Inquisitor’s Edge? A review…