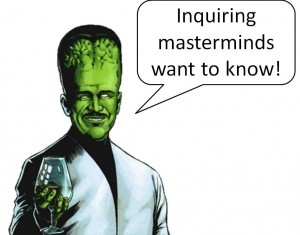 Yesterday’s post about supers and my very personal ideas an advice on the genre have generated some very interesting comments, and got me thinking about other topics. My, Ask the Readers poll is one of them, the other is this. Do I need to read comics to keep up with the latest trends in super heroics? Let me explain…

I’ve been an avid comic book fan for years. Since as far as I can remember I’ve collected comic books, when I was 9 years old I stopped collecting comic books in Spanish (with such characters as Kaliman, Memín and Aguila Solitaria) and began collecting American superhero comics in earnest. When I was in college I worked at a local comic book store and I still visit it regularly and get my comic there. The thing is, I only buy one comic a month Knights of the Dinner Table. I also buy all the Fables trade paperbacks, and on occasion trade paperback collections of events such as Civil War or Infinite Crisis, but about two years ago I stopped buying comics regularly.

I used to get a LOT of comics, and the decision to stop was not easy and had various reasons. I ran out of space to store comics, the stories had become repetitive and derivative (I know this is cyclical and inherent to comics) and the fact that comics kept getting more expensive. I still read comic related news, old habits die hard and all that, and my friend who works at the comic store keeps me posted. But even then, I sometimes feel like I’ve lost touch with the current events of the superhero world.

So I’m asking myself, can I be an effective superhero RPGs GM if I don’t keep up with what’s current in comic books? I have years of reading them and know the concepts and tropes well, but if I sit down with a group of comic readers will I be able to meet their expectations.

I know it’s a philosophical question… The argument may be made that other media have appropriated the superhero and are now exerting a greater influence on how comic book characters are viewed (for example the effect movies such as the Iron Man and Spider Man had on the comic version of the characters), but I still think that comics are the defining medium for the genre.

With the advent of digital comics I may just get back to reading them, the price point seems right, and not having to store a physical comic solves one of the major reasons why I stopped collecting. I don’t have the answer for this. What do you all think?

Sons of Arcadia: an RPG made in Puerto Rico!