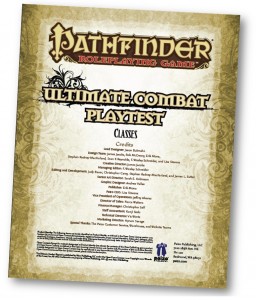 Rejoice Pathfinder fans! A new playtest had been given unto us to try out, this time around for the upcoming Ultimate Combat book.

It’s an 18 page preview of three new alternate classes that will be in the new book. The idea is that these classes are 20 level alternates to existing classes. There is the gunslinger, a fighter alternate class all about black powdered weapons, tricks and grit. Yeah the resource they use, like Rage points for Barbarians, is called grit. I immediately conjured up an NPC based on Jeff Bridges in True Grit! Very basic firearm rules, which will be much more detailed in the final book according to the preview, are presented. 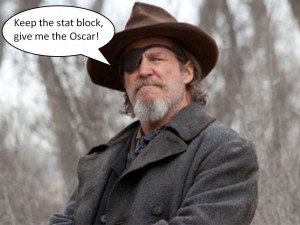 I like this playtest! Like with other playtests there will be ongoing discussions of the rules in the Paizo messageboards. If you like it, let them know, if there is something you don’t make sure they hear it too. Such are the wonders of playtesting.

Big thanks to the guys and gals at Piazo for continuing this tradition. I really appreciate it. Enjoy everybody!