Hey everyone, before I get into this weeks post, I wanted to go ahead and let ev

eryone know that this month, the RPG Blog Carnival is up and running.  The host for this month, Evil Machinations , has chosen the topic “World Building” to be the focus for this month’s carnival.  Kind of convenient don’t you think…

Now to return to our scheduled programming, this week, I want to talk about world immersion, or, the process of getting your players invested in the setting.  Last time, I brought up some ideas for how to present your setting to your players, but this time around, I want to talk about how to actually start a game in the world that you are either building, or have finished.

I think one of the most important things to remember when you start a game in your own world is that people are not going to know anything about it.  It is your creation and unless your game is publicized to the end of the earth, probably very few people in the world, if anyone, are going to have even heard of it.  Because they have no foreknowledge of the setting, it is important to present that world to them in such a way as to sell it to them.  Last time, I talked about how to do that, at least to some extent; I brought up topics such as creating primers for your game world, or having a discussion about your game world with your players.

That is all well and good, but once you do all that, your setting hasn’t really been sold.  In my mind there is always that period when you start a game in a homebrew setting in which the players are essentially taking the setting for a test drive.  You can think of this as that 30 day return period; if they get players remorse after not having a good time in your campaign setting, they are most likely not going to keep playing it (unless, like last week, you’re holding them hostage).

Once you have presented your setting, you have to start playing it.  I really think that the first campaign/adventure/one-shot is the most important for actually getting your players invested in the game world.  You want them to have a great time.  They need to love the setting and you have to keep them coming back for more.

So, how do you do that?  I think there isn’t any one single way that you can get this to work.  There are lots of ways really.  But, I believe the most important thing you have to do is show, to your players, what is special about your world.  Take for example the kitchen sink setting.  Say you have built yourself a traditional fantasy setting, except for the fact that the world is totally crazy with giant robots and ninjas.  If your setting is built around the fact that the world has giant robots and ninjas in it, you don’t want to bury that subject material.  You need to have some way of bringing those elements of the world which are special out into the game early on.  Try to build an adventure which showcases all the cool things that you setting has to offer.  In the previous example, maybe you want to have your players consult with a Ninja Clan about the massing armies; then, you can get the Ninjas to aid your players in taking out the massive armored battled suits which the Orc captains are wearing, paving a pathway for the PC’s to go take out the Orc leader who is commanding from the back lines in his Zeppelin.

Now, that may be a bit far out, but if that is what you are trying to build your setting around, don’t be afraid of letting those unique areas come through in your early sessions.  The other thing you need to keep in mind is that not everyone is going to like your setting; if you are really dead set on playing in your world, showing honestly up front how the world works is a good way to get rid of the players who aren’t really going to have any fun in a world like yours. 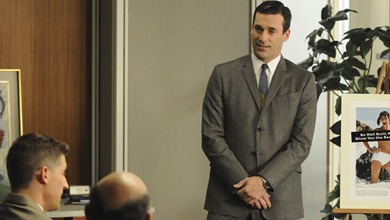 Think like a salesmen during those first few adventures and you may just very well hook in a dedicated audience.  Not everyone is going to buy into what you’re selling; I could name a lot of people, just off the top of my head, who would hate to play in the scenario that I mention above, but the people that don’t fall into this category just might be grabbed and totally immersed in your setting just through the first game session.  From that dedicated audience you can then build an empire.  You need clients to build a company; if you are building a setting you need a dedicated group of players.  They aren’t going to be interested in your setting if you don’t give them a reason to be.  Immersion is the key to that reason.  Get them involved in your “product” in every way you can.  Give them physical things to hold onto which have meaning for your setting and world, show them images you have drawn, show them all the cool things that they might be able to achieve down the road.  The most important thing though is not to bore them.  Giving them a LONG history lesson can be a death sentence for a new setting.  Try not to get too invested in the history of your world, at least at the beginning, rather, get them interested in the future of the world.  Show your players what they can do, and how doing that will change the world they are in and you will probably have yourself a loyal player for life (at least the life of your settting).