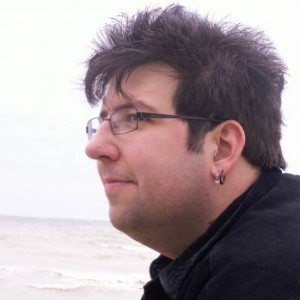 Hello, I’m Shaun. I live in Maryland, on the east coast of the United States, and I’ve been playing roleplaying games for almost 19 years now. For the first half of that, I never really had a regular group. I was lucky if I could get two people together to game. I played a lot of regular one-on-one sessions with a few friends, and it definitely left its mark on the way I run games and the way I play them.

I enjoy Dungeons & Dragons 4th Edition a great deal, as it renewed my interest in the game after I became pretty jaded with 3E/3.5. In the interim I spent a lot of time with World of Darkness, and found out about the Forge. I appreciate the work they do over there, and love a lot of the games such as Polaris, Dogs in the Vineyard, and Donjon to name a few. These games have really changed the way I look at what is possible in the hobby.

I have a blog, Gnoll’s Den, though it isn’t anything special. I also work as an associate editor and content developer over at Nevermet Press. I’ve had a few conversations with Stargazer over on Twitter, where you can find me @HyenaSpotz. I recently started a Tumblr account for non-RP-related art stuff, but be warned: I’m hardly a great artist.

I play a lot of board games, like vinyl toys such as the ones made by Kid Robot, and enjoy foreign languages. I know reasonably good amounts of German and Japanese.

So, that’s me in a nutshell. You’ll likely learn more by reading my posts. I look forward to writing them. They’ll be pretty awesome.

My thoughts on the 2009 ENnie Award Nominations