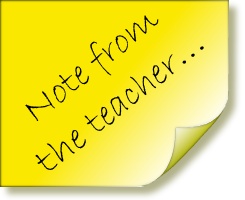 Over in the Paizo Blog I’ve been reading with some interest their proposed changes to the Pathfinder Society Organized Play program. I have never participated on such programs. When I began role playing I was intrigued by the RPGA, joined and got their Polyhedron Magazine. I still have the laminated card and the pin somewhere, but besides reading the magazine I never took any advantage of belonging to the RPGA.

Fast-forward to the days of D&D 3rd edition and the changes they made to the RPGA. I loved the idea of Greyhawk being the default setting, the idea of regions assigned to geographical locations, etc. I even knew friend who were very active, but I never really joined. I had little free time, my campaigns, my adventures; I did not want to switch to a new campaign. I found all the excuses in the world, so that was that…

I took the DM tests the RPGA offered at one time (and passed), and when 4th ed. came along I wanted to be part of that, until I became disenchanted with the system and gave up on DDI. The Pathfinder Society had no presence where I lived so I didn’t pay much attention to it when I began playing the game.

Much has changed since then, I have been blogging for a while now, became active with promoting games in Puerto Rico, and wonder if I should try to participate in some of these organizations that promote and support gamers. I wonder, what have been your experiences? Did you benefit in any form from belonging to them? My inquiring mind wants to know.