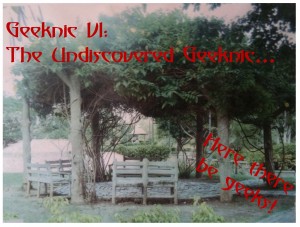 I try (I really do) not to toot my own horn, or try to use the blog (too much) to promote another project I’m involved with, Puerto Rico Role Players. I guess there is some crossover, as I share posts from the blog on the Facebook group for Puerto Rico Role Players and oftentimes write about activities the group organizes here, but mostly after the fact. I don’t recall actually using the blog to promote an upcoming gathering. This post aims to correct that.

For over a year a group of RPG fans from Puerto Rico has been gathering to share our love of gaming, food and camaraderie in different places across the island. The group was formed over two years ago and after forging an electronic community and doing some demos at local conventions we finally decided to hold a social activity to get to know each other better. We settled on getting together on a park or other public place and someone suggested the idea of calling it a geeknic. He actually got the idea from geeknic.org, everybody loved the idea and we ran with it. 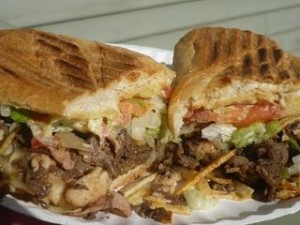 So far we’ve held five successful geeknics and we just keep growing! The geeknics are typically what we call “fiesta del sorullo plus” which roughly translates to a bring what you’ll eat and drink and a little extra to share! This upcoming 6th geeknic, which in keeping with previous naming conventions we have called the Undiscovered Geeknic, will not be the exception. I’m preparing my famous (and artery clogging) Gordopleta© (my very own version of Tripleta) for participants, but usually it goes pretty fast so if you want a taste you better get there early.

There are games already planned, some Dark Heresy, some Pathfinder, and even a mysterious game the GM is being tight lipped about. Usually someone brings along a board game, Three Dragon Ante and Munchkin have been pretty popular, some people just sit back and share game stories, not that gamers do that. So we’ll have something for everybody.

I realize that probably most of our readers in Puerto Rico are also members of Puerto Rico Role Players, but on the odd chance you are from the island and did not know about us, are visiting this upcoming weekend, or have friends, families or acquaintances in Puerto Rico who may be interested in learning more about RPGs, playing a game or just hanging out with fellow geeks, pass it on. We’ll be meeting at the Luis Muñoz Rivera Park, Sunday July 3rd from 9 AM to 6 PM. Be there for the greatest geeknic on earth!

I hope if nothing, this inspires to get together with a couple of friends and share your love of gaming with others. Thanks to the folk at geeknic.org for such a wonderful idea. Here is the link for the event in Facebook… Thanks for reading and have a great day!