After a few days being sick, I finally went back to work today. I think this is a perfect opportunity to give you an update on what’s going on at Stargazer’s World at the moment. 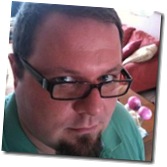 Sunglar has been very busy in the last few weeks which has had a great impact on his post frequency. Yesterday he posted about his hopeful return to a more active presence in the game community. He also reminded me that I’ve written my 900th post recently. I wouldn’t have noticed if he hadn’t reminded me, oops.

This is a good segue into the next thing I want to talk about. As you all may know I had a great idea for NaGa DeMon that is much harder to design than I anticipated. And since the end of November is drawing closer I doubt it will be finished in time. But I don’t want to abandon the project entirely. I want to continue to work on it and I think I will try to get some more help and advice from the community. Later this week I will start sharing what I have done so far here on the blog.

Our new feature “Ask The Stargazer!” started last week and I hope I can answer another of your questions later this week. And if you haven’t done so feel free to send in your question. Details on how to contact us are in the sidebar to the right!

A lot of my free time is currently occupied by both Minecraft and The Elder Scrolls: Skyrim. As some of you may already know I am running my own Minecraft server. A few days ago I moved the server to a new host. We used that opportunity to start a new world. Minecraft recently left beta status behind and the release version brings a host of new features I have to try out ASAP. Interestingly enough Minecraft turns more and more into a sandbox RPG, which I like a lot. Aside from mining and building, you can fight monsters, get XP, craft potions and even enchant your items. Cool stuff!

And when I am not trying to get my Minecraft server running I am playing Skyrim. I have always been a fan of the Elder Scrolls series and Skyrim is in my opinion the best game of the series so far. The new classless system is a lot of fun and my current character is some kind of battlemage fighting in heavy armor and using a bound sword in one hand and a spell in the other. In addition to that I love the crafting system. Hopefully I can get my smithing skill high enough to be able to create Deadric armor soon.

While playing the game I have been wondering several times if an Elder Scrolls pen & paper game would work. I am actually surprised that the creators of the series never released one themselves. The world of Tamriel is highly detailed and is much more unique as most people think. And from what I’ve seen it should even be possible to transfer the rules system used in the game almost 1:1 to the game table. On the other hand Tamriel would probably work with most game systems. Savage Worlds, Runequest or even FATE might be a good fit. The skill perks in Skyrim are mechanically not that much different from FATE’s stunts. When I find the time, I might actually work on an Elder Scrolls pen & paper project if my players are interested in such a game.

Some time ago Robert from Ancient Scroll offered to write guest posts for Stargazer’s World. He already sent me a couple adventure ideas that I’ll publish over the next weeks. The adventure ideas will be for various genres and with no particular setting or rules system in mind. We hope you will enjoy them.

Aside from that I still have a few reviews in the pipeline. As you probably know from the Doctor Who RPG unboxing video I posted a while ago, this is one of the games on my list. The other one is The One Ring. Both games by Cubicle 7 look awesome and as soon as I have the time I will post my reviews here on the blog.

I think that concludes my official “State of the Union” … eh … “State of the Blog” speech for this month. If you have any questions, comments or ideas, feel free to post them below!

Is SWN The Better Traveller?