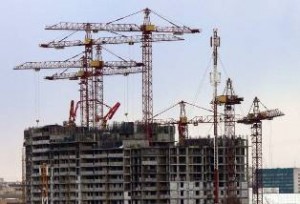 I think as a whole we human beings are completists. We want to complete what we began; we want the whole story. We crave to know the conclusion, and when we don’t get closure we often resent it. From famous court cases to cancelled TV series, we just don’t like it when we don’t know the end of the story.

No wonder hardcore fan-folk (and I use the term meaning no disrespect) often take this to the next level when it comes to the things they are passionate about. Be it the TV series they were really invested in and the networked axed, or the endless novel series whose author passed away before completing it. There can be righteous indignation in such occasions.

It’s no different with fans of role-playing games when a game they love is cancelled, or an adventure series they enjoy is left unfinished, but we have the very particular characteristic that what we enjoy is not solely dependant on the actions of others. If a TV series gets the axe, or a novel series is never finished, well there is not much we can do about it. We can petition and protest and that sometimes has a result, but that’s usually not the case. Some people write fan-fiction and present to the world how they think the story would have ended. But we never get to know how the original creator (be is a sole writer or a production company) had planned for the story. We just won’t know…

Enter our hobby. True some people only play pre-published adventures, but even those who do end up modifying or changing the story by the mere act of playing it, even if they use pre-gens and the GM sticks pretty close to what’s written. Our hobby is not passive; we are the weavers of the tales we tell.

So it is no surprise that when a campaign is not finished we get the same feeling of being let down. No let’s call it what it is, the sense of FAILURE when a campaign we began with such gusto just peters out and dies. As I mentioned this line of thought on Twitter last weekend (follow me as there as @Sunglar) @NookHarper listed the reasons this happens.  He correctly said some reasons include players leaving, new games starting, starting games full of enthusiasm but with little or no planning, among others.

And I agree those are among the common causes that campaigns die. Some will say that’s why they don’t play campaigns, that they prefer one shots or short adventures, and I say, more power to you, to each and everyone his or her own. Play what makes you happy! Me? Well I just love campaigns, the possibility of telling a long term story, the nuances developed as characters interact with the world, be it for a hundred sessions, or just ten. If you have never played a campaign I recommend it, it’s a different experience and well worth the work and aggravation (and there will be a little bit of both I assure you!).

I have finished various campaigns, some years long. I tend to stick to something until the end. I, like any other human being, am a completist. Logically you might now expect my advice on how to make sure that campaign keeps going, tips on how to reach the finish line. Well no! That’s not what this post is about, on the contrary, I will go ahead and say it. That campaign you are sorry you did not finish, well it might be a good thing it never did.

Before you get offended and think I dismissed your campaign, let me tell you why I say this. Have you always been happy with the way a story ends? Be it novel, television series or movie. I can tell you the finale of LOST was one of the most disappointing TV watching experiences of my life. Oftentimes when we like something a lot, there is no way the end is going to be as good as we thought it would be. True with campaigns the attentive Game Master can tailor and shape the flow of things to meet player lies and expectations and hopefully come to a satisfying conclusion. But I have the nagging feeling that more often than not the ends of campaigns happen after some measure of fatigue has set in and they are either, rushed and feel too premature, or dragged out to long and disappoint. I will admit that, while some campaign closings have been successful, some of my campaigns have suffered from the abovementioned ills.

Maybe the campaign wasn’t that good to begin with. It could have been fun but not as entertaining as the GM thought, we are no perfect after all. But maybe it was really good and it ended for reasons beyond your control. When a campaign is just left unfinished and players keep talking about what could have been, all the possibilities, sometimes its better to leave it like that. Specially if a long time has passed. You will probably never be able to recapture the enthusiasm, the thrill of the original games. Better to live of the memory and what if, than to try to go back and end it…

It’s not easy, but I am trying to come to terms with the idea. I fear George RR Martin will die without finishing A Song of Ice and Fire. I’ve made my peace with it. I’ll read the novels as they come out, I’m along for the ride, if I get to the end that will just be s plus. The same with other media I enjoy.

This line of thought came to me as I ponder the end of the current storyline in my Mutants & Masterminds campaign; which will go into hiatus as its proven popular enough with my players to merit a return to it eventually. We have not played out swashbuckling Pathfinder RPG game since last December and as much fun as we had I know not all the players were equally enthusiastic by the end, and we ended it abruptly because everybody wanted to play supers. For a moment I thought, perhaps its time to let it go…

Well I’ll be a stubborn ass and I think I will disregard my own advice and try to retake it. I have some specific plans to overhaul the game, switch the focus and discuss with players the necessary changes. Well see how that goes… I’ll let you know if I was successful or if it should have remained unfinished business.