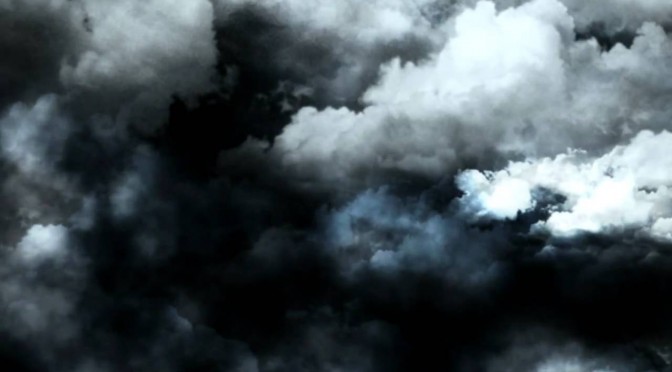 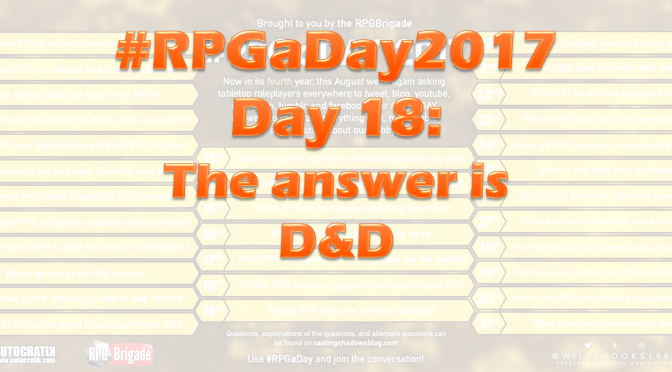 In case the banner picture at the top of the post didn’t give it away, the game I’ve played the most in my life is Dungeons & Dragons. I remember seeing this ad in a comic even before playing the game. END_OF_DOCUMENT_TOKEN_TO_BE_REPLACED

Welcome to the second Saturday post for #RPGaDay2017. If a picture speaks a thousand words, then the book I’m about to talk about has a about a million!

August 12: Which RPG has the most inspiring interior art?

This was one of my picks for Day 5, Mutants & Mastermind 1st edition. That book blew my mind, from the layout to the art. Every single piece inspired me and made me want to play a superhero game. Mind you, the excellent writing by Steve Kenson was also part of the allure. 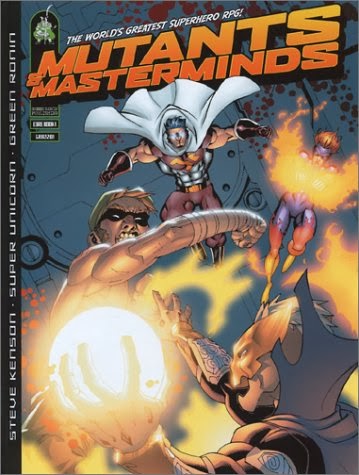 Mutants & Masterminds has maintained a standard of excellence that is truly amazing. Through all three editions their books are just a delight to look upon. Check them out!

See, short, sweet and to the point. Now you can get back to your regular Saturday schedule. Remember that at the Desde la Fosa YouTube channel you can see our video reply for this very same question in Spanish. So, swing on by if you are idiomatically inclined!

What book has the most inspiring interior art for you? Let us know. See you Sunday!