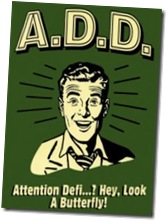 In his latest post Roberto (aka Sunglar) shared his thoughts about “unfinished business”, campaigns that never came to a proper end. I have to admit I know this all too well. When it comes to finishing campaigns that I’ve started I am terrible. I’ve written about what I call “Game Designer Attention Deficit Disorder” before and as you can imagine I have the same issue when I am running games. Instead of seeing things through to the end I usually switch from game to game, campaign to campaign with random one-shots thrown in.

Luckily my players are very patient with me and haven’t run away yet. Sometimes they share my excitement for the shiny new game I want to try out and so everything is fine, but I often get the nagging feeling that I never actually ran a great campaign. So what do I consider a “great campaign”? It’s the one campaign you remember for many years, that you and your friends always reminisce about when you meet. A friend of mine ran a Rolemaster campaign for us, back when we were still at the university. Even though we met an unfortunate end and the campaign didn’t end as the GM anticipated we had a blast.

So why is it that I can’t seem to see a campaign from start to finish? I think one of the reasons is that while I love to create worlds, characters and rules, my stories are usually not so well thought out. When it comes to adventures I am often sloppy and only my talent at improvising and acting out characters saves the day. The other reason is definitely the aforementioned GM attention deficit disorder that makes me want to run new games every other day.

I recently had some ideas for a fantasy setting I would love to use as a basis for a campaign. One part of me thinks it should go through with it, flesh it out, think about adventure ideas or perhaps turn it into a sandbox game. But another part of me fears that it might be another failure – a game that I start to abandon as soon as the next idea comes along. Of course I could start working on it either way. Even if I never run the game myself, perhaps my notes are useful for someone else.

The end of the year is approaching and this is often a time when people look back on what they did in the year that lies behind them. But you also make plans for the new year. And when it comes to gaming, I am not that happy with how 2011 turned out. I had great plans that fell flat for the most part. That’s why I would love to start something great in 2012. After all if the world is truly ending next year, it’s the last chance I got, isn’t it. 😉