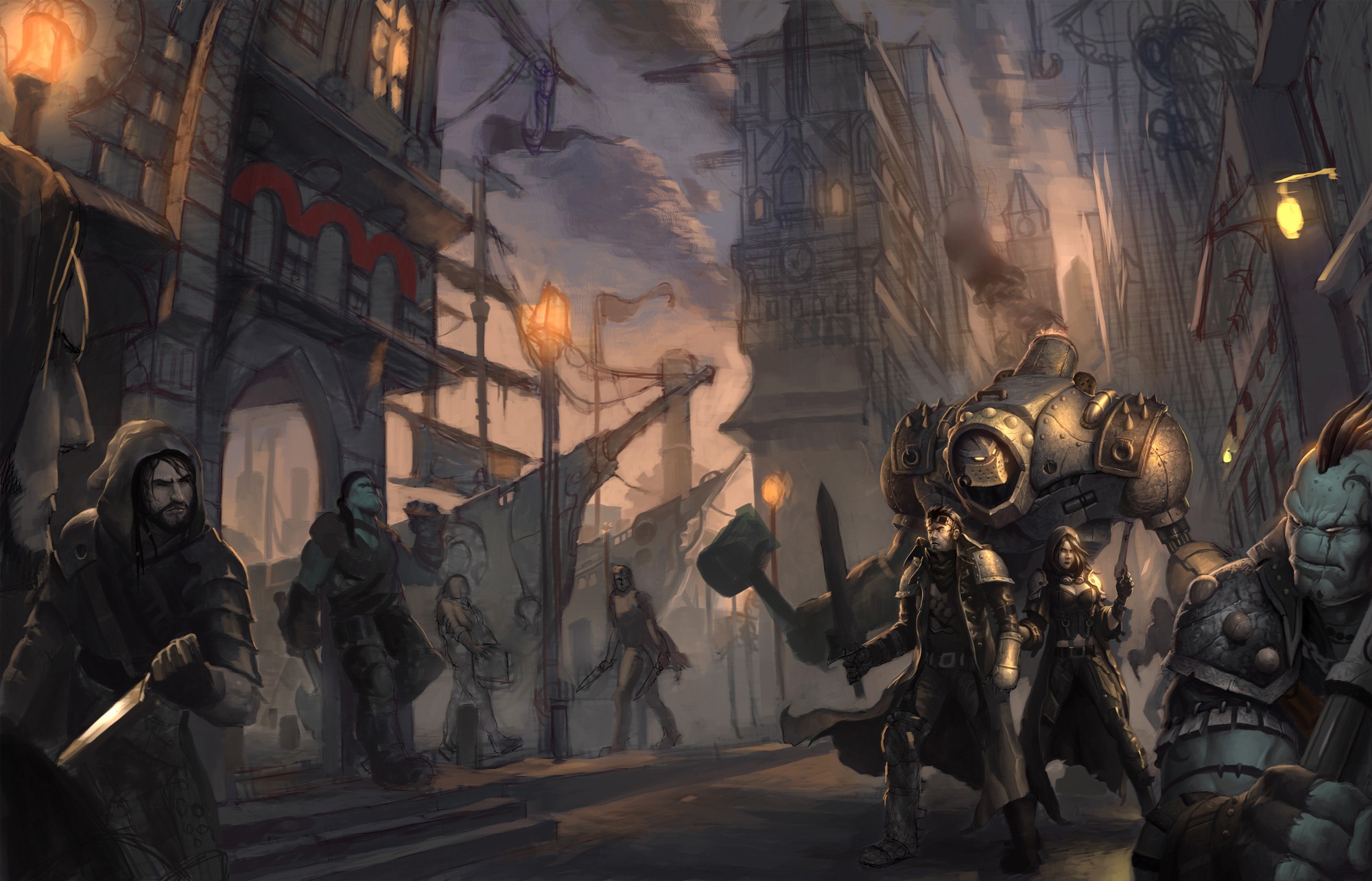 When you’ve followed the blog for a while you might have noticed that I am a huge fan of the Iron Kingdoms setting by Privateer Press. But I also thought that D&D 3.0/3.5 was a bad fit for the world and I always hoped they would either create a roleplaying game system of their own design or rerelease Iron Kingdoms for a more fitting system.

In June last year they announced an original Iron Kingdoms RPG that was supposed to be not necessarily compatible to the Warmachine and Hordes rules, but close enough, so that players familiar with the skirmish games can learn the roleplaying game rules quickly. But after that initial announcement I haven’t heard from that project again.

But as it seems, it’s not vaporware after all. They haven’t announced a release date as far as I know, but there’s a video in which the people from Privateer Press talk about the RPG.

As a fan of the setting I can’t wait to learn more about this game!