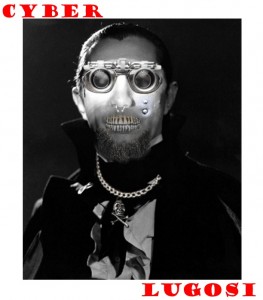 When I tweeted about working on this during the weekend my friend Daniel Perez recommended I write down the 10 most important points of the campaign and allow the rest to flow through the game. I think he called it his less is more philosophy. That is some great advice but like I told him, I used to write 40+ pages introductions to games, so these shorter introductions ARE my less is more.

I typically write introductions to my campaigns, in a way I think my players expect it. Of course they are terrific at writing their own stories based on what I write and adding their own details to the tapestry. I got a great group of players!

Here is the official timeline of the world, the facts known to the general population, not the secret history of the Kindred and other supernatural creatures. I’ll share that on a future post. Hope you like it. I think it can be the timeline for a cyberpunk game without vampire. I think it goes on without saying this is all fictional and expresses no political agendas nor do I desire any harm to befall any real world figures mentioned here, this is just fiction. We don’t need authorities monitoring the blog!

Without further ado, The Story of New Uruk

The US economy suffers a downturn, India, Brazil, the Republic of Ireland and the four Asian Tigers (Hong Kong, Singapore, South Korea and Taiwan) emerge as economic superpowers.

The Republic of Ireland abandons the European Union, causing fractures and dissension in the organization and plunging the economy of Europe into a tailspin. Ireland joins the Eire-India-Brazil Cooperative Consortium (EIBC).

President Romney is visiting the African Initiative Industrial Center in the city of Wilmington, Delaware. Built as part of his re-industrialization of America initiative, African natural resources are brought over to the United States of America for processing and manufacture. International conglomerates are perceived as exploiting Africans with the help of its governments. A series of bombs by African rebels and sympathizers cause widespread destruction in the city and President Romney is injured, dying soon after. Vice President Gingrich is sworn in as President and declares war on the rebels. Thus begins the Africa Wars.

With more and more US troops deployed in Africa and a worsening oil crisis, oil tankers flying the Mexican flag are detained in Venezuela accused of buying oil illegally. Mexican Special Forces liberate the ships but soon Venezuela declares war on Mexico, dragging most of Central America into the conflict. Aggressions escalate over seven months and after the Venezuelan carpet bombing of Mexico City a Coalition of Mexican, US, Brazilian and Argentinean armed forces invade Venezuela and depose its president. The invading forces remain in the country to assure a peaceful transition, but are accused of exploiting the oil resources of Venezuela. The United Nations does nothing to Intervene and many countries leave the organization.

The first female US President and the Race to Mars (2020)

New York State Governor Yolanda Newman runs a campaign promising to restore the US economy and end the African Wars, winning by a landslide.

The EIBC Space Agency (EIBC-SP) announces their plan to establish a permanent Moon colony as a stepping stone for the eventual exploration of Mars within the next twenty years.

The end of the African Wars and the NYC Pandemic (2021)

Yolanda Newman is sworn in as President of the United States and fulfills her promise of ending the African Wars. By the end of the year as the last POW return home after the armistice the US economy shows signs of recovery and Americans look with optimism at the decade ahead. Then the Pandemic of 2012 begins in New York City. Panic grows and the city is placed under martial law and quarantined by the end of the year. Other US metropolitan areas are quarantined but the infection is controlled quickly in America and Europe.

Mexico and Canada are the only other two counties in America which suffer major outbreaks. As tensions grown in quarantined New York unidentified terrorist strike, they release a biological weapon, thought to be the cause of the initial Pandemic outbreak, killing 96% of the remaining population of the quarantined zone. Called the Red Plague because victims hemorrhage massively before dying, it decimates New York City and surrounding areas, millions die, and authorities declare the zone a biological hazard, condemning the city and abandoning it. The economy of the state and its neighbors collapses, causing mass migration and widespread fear.

The Pandemic hits Asia the hardest, with China the most affected, millions die and Chinese prosperity is dealt a devastating blow.

The city is rebuilt via a massive federal funds influx, the architecture a mixture of classic and cutting edge, led by the Wilmington Reconstruction Endeavour Director, famed architect of mixed Iraqi and Jewish ancestry, Hassid Rosenberg.

The New York Stock Exchange officially relocates to the rebuilt city, and it becomes a melting pot of many cultures, with a growing Muslim and Jewish community. Following a citizen’s referendum Wilmington is renames New Uruk.

Despite the best effort of President Newman and those that followed her, regional conflict across the globe, worsening climate change, a ravaged ecosystem and economic instability bring about an economic collapse that reverberates across the globe. The poor become poorer while the rich become entrenched in the towers of privilege. Many projects in New Uruk remain unfinished and the decay of the world infiltrates the new city. Such in the world of 2060!

Ok that’s the timeline… What you think? I look forward to your input and opinions.

A story of D&D 5th Edition, vicious circles and mistakes made