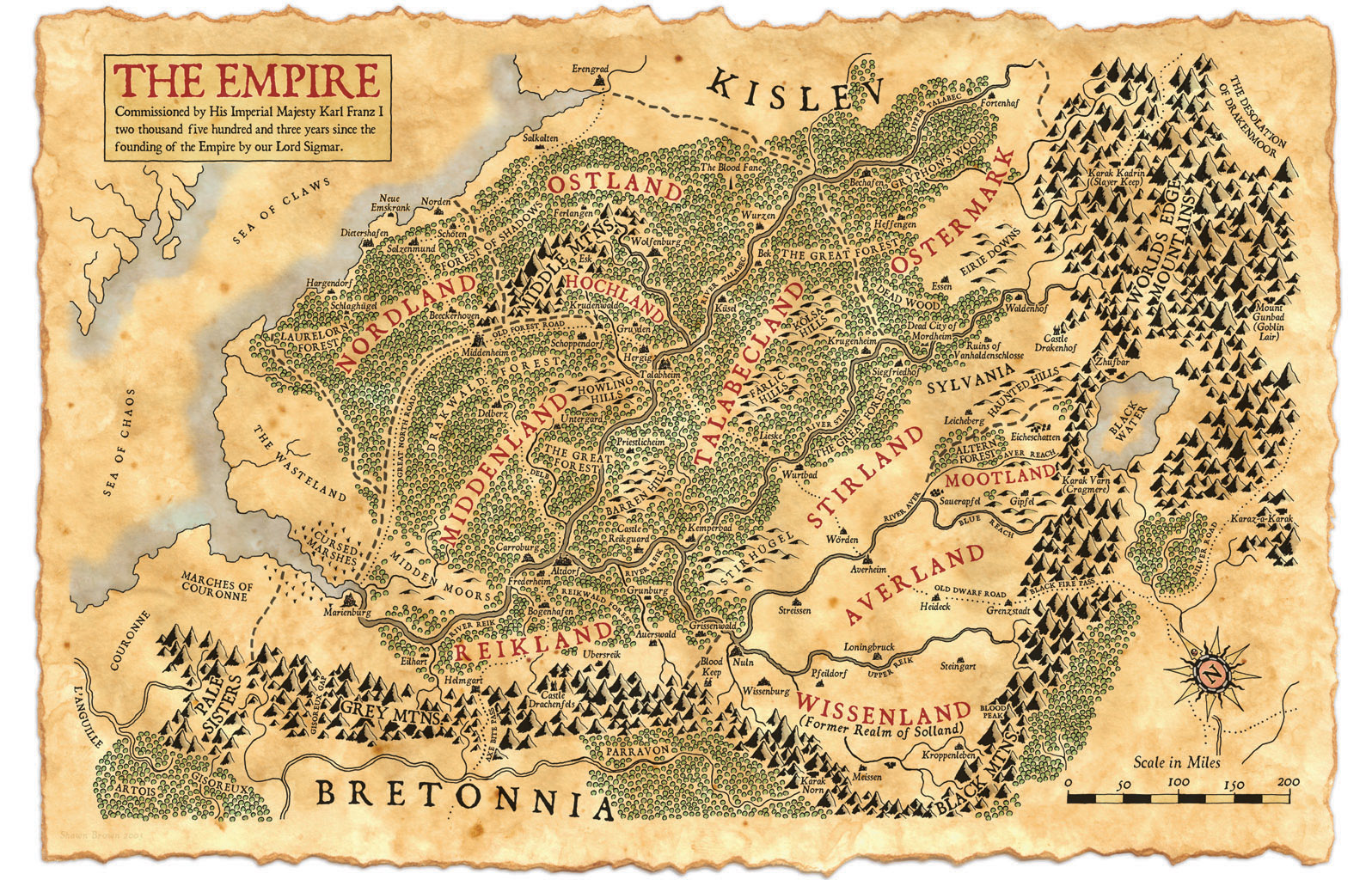 As I’ve mentioned several times before, the first roleplaying game I’ve played was TORG but the first campaign I played in was a Warhammer Fantasy Roleplay 1st Edition one. And believe it or not, this old green tome still contains one of my favorite roleplaying games. Last week I had a very long conversation with someone I met at our RPG pub meetings.

We were talking about what we could play together and for a moment we actually considered D&D 5th Edition, since the Basic rules PDF came out on that day. But then one of us – I don’t remember who it was – mentioned WFRP. And guess what – it was actually his first roleplaying game, too. That was quite a surprise since most German roleplayers started with The Dark Eye (aka Das Schwarze Auge). So we decided that I should run WFRP. At first I planned to go all nostalgic and use the 1st edition, but then I remembered how bad especially the magic rules were in that edition and we decided to use the 2nd edition rules. 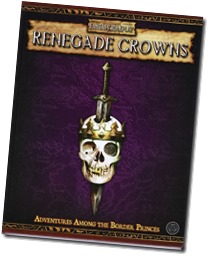 Warhammer Fantasy Roleplay 2nd Edition is pretty close to first edition in rules and tone.  Even though they had to make a couple of changes to make the setting more in line with the miniatures game setting, it still feels pretty much the same as the original game. The Old World is still a pretty dark and dirty place.

While looking through my small library of Warhammer Fantasy Roleplay 2nd Edition books, I stumbled upon “Renegade Crowns”, a sourcebook about the region known as Border Princes. Since the Border Princes were always meant as the GM’s sandbox, the book is a guide to creating your own region, your own sandbox. Since I already decided not to run one of the published campaigns, running a game in the Border Princes sounds like an awesome thing. I haven’t talked with my players about this. But I am sure they’ll agree.

So the  work for the next weeks has been cut out for me. Luckily “Renegade Crowns” contains a lot of guidelines that can help me to create a small section of the Border Princes, populate it with several small regions and dot the landscape with ruins, villages and towns. Fun times are ahead!